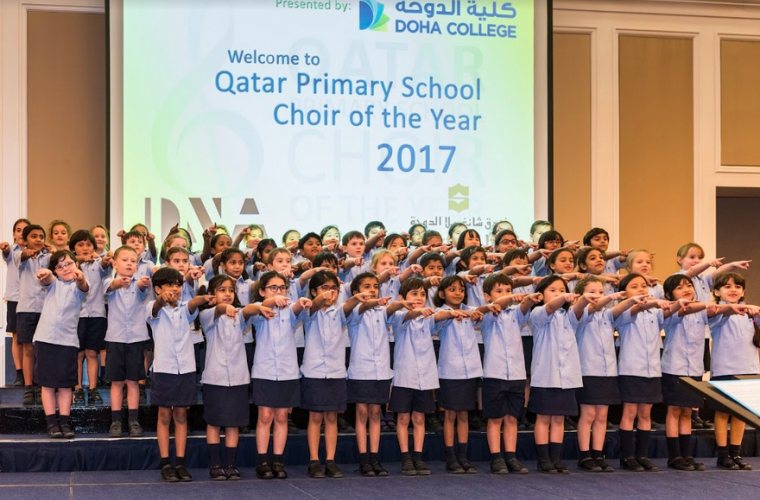 Following three heats hosted by Shangri-La Doha – the last one held just yesterday evening (March 29th) – “Qatar Primary School Choir of the Year 2017” competition is delighted to announce that the schools through to the final are:

The schools nominated an adjudicator each for the panel, which also included an independent adjudicator in case of a tie. The standard of singing was extremely high and score margins were minimal. Two schools from each heat won a place in the final, and each child from the runner-up choirs took home a certificate.

The choirs competing in the final, to be held on May 15th at Shangri-La Hotel, should expect a glamorous occasion hosted by Qatari composer Dana Al Fardan, Ambassador to QPSCoY. The adjudicating panel will include international youth choral expert Greg Beardsell and local choral personality Alena Pyne, as well as musicians from Qatar’s cultural scene.

Choirs have recently received their set piece, written especially for the event by Dana Al Fardan. The piece is called “Wings of the Falcon” and it is an inspirational message to children to “spread your wings and fly.” Dana, who has offered to visit all the finalist choirs as they prepare her song for the big day, has said of the competition: “I cannot wait to hear all of the choirs through to the final. It’s going to be a fantastic event and experience for the children.”

QPSCoY has already received interest from schools wishing to form choirs for the 2018 competition, which is an indicator of the impact the competition has already made in its inaugural year