President of Ukraine at the 20th Doha Forum: the world is risking food shortage as a result of the war 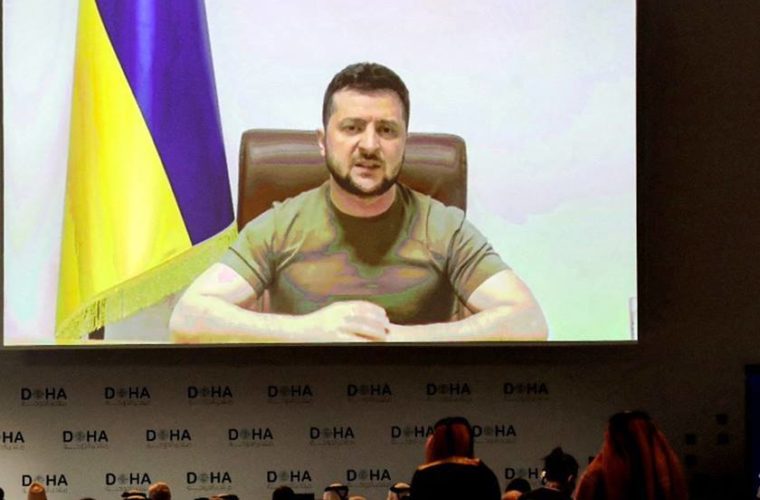 H.E. President of Ukraine Volodymyr Zelensky warned that the world is risking food shortage as a result of the war Russia waged on his country, stressing that no one is safe from the food supply disruptions.

In a video appearance at the Doha Forum, H.E. President Zelenskyy said that Ukraine is the world's food basket, exporting products like oils and wheat among other agricultural products. He said that markets today were incapable of meeting demand as a result of the current crisis, accusing Russian forces of targeting Ukraine's agricultural and industrial products to deprive the country of its wealth.

His Excellency also called on energy-producing countries to increase their supply to ensure that everyone understand that no country can use energy as a weapon and blackmail the world. He praised the efforts of the State of Qatar in supplying the world with energy, saying it was a trusted country. He added that countries can do a lot to help regain peace and stability.
Zelensky called for major reforms in international agencies to nuclear powers cannot commit acts of aggression against other countries.

The Ukrainian president also accused the Russian forces of obstructing the delivery of aid to Ukrainian cities. He said that Russian forces are not allowing medical humanitarian aid, as well as food. He also said that they targeted many buildings where thousands of people are staying.

His Excellency began his speech by praising the Doha Forum, and the efforts the State of Qatar is making in facing challenges and ensuring a transformation into a new era.