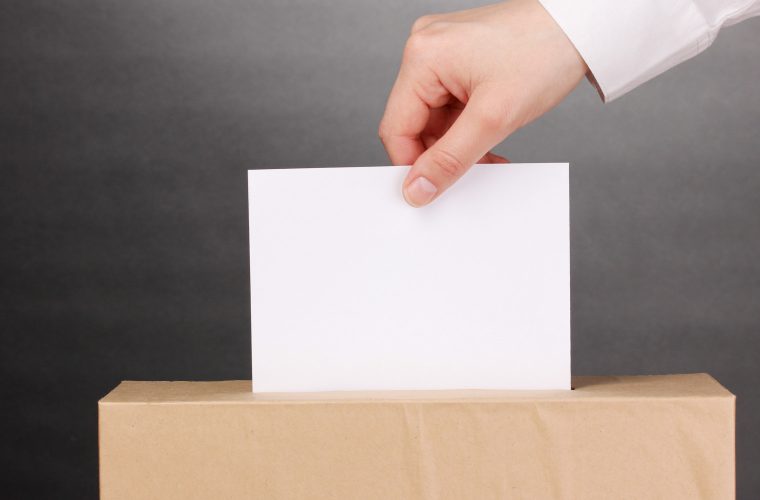 The polling stations were open from 8am until 5pm and received voters to cast their votes and choose their representative in the Central Municipal Council in an atmosphere full of freedom and democracy under judicial supervision which helped and motived the citizens from men and women to participate in the 5th edition since it inaugural in 1999. A large number of voters have arrived early, registered and lined up at 26 stations inside and outside Doha. This is proof they are keen to participate in the elections.

In this year’s election the Qatari woman has participated as a voter and had a big role since there were five women among the candidates. Women’s participation in these elections shows Qatar’s support in promoting their rights and providing them an opportunity to play their role in society and can positively contribute in developing their country.

In district 2, the station was held in Al Resala Secondary School for girls included 293 voters, judge Maha Al Thani the head of the committee has stated that the committee is keen to make the voting process easier for the citizens especially the elders and people with special needs. She also added that the procedures were measured to the fullest and there was constant communication with the members of the supervisory committee and the heads of the sub-committee to resolve any obstacles that may have arisen. There was a continuous cooperation between all sides, either between the committees or between the citizens enrolled in the lists of voters during the polling process.

Brigadier General Ibrahim Muftah a member in the committee has added these elections is an indication of democracy and it is the duty of every voter to come and vote to practice their right granted by the constitution and law. He added by praising all the arrangements made by the Ministry of Interior and how they facilitated the voting process for the citizens.

He also said that Qatari volunteers were present at the supervisory committee to help and make the process of voting easier to all voters. They provided each station with all necessary equipment and tools that helped ease the polling process.

Judge Mohammed Hassan Al Hail the head of the committee in district 3 at Al Wajba School has stated that there were a large number of voters from men and women who reached the station before the opening by one hour. This is an indication that the citizens were eager to choose their representative in the next central council. Al Hail added during the first hour there were more than 40 people, which is considered a big percentage of the number of registered voters that is 421. The head of committee thanked the supervisory committee for their effort in the success of the electoral process that went smoothly and with ease. He said they did not face any kind of shortage or obstacles during the voting process. Al Hail thanked the media and press, which followed and documented all voting procedures.

In addition, Major Mubarak Bin Saeed Al Khayareen, a member of the 3rd district committee, added all the necessities from transparent boxes, papers and voting sheets have arrived to the stations in a safe manner and in a sufficient time which was before the start of the voting process. He also added that all candidates have arrived to the station since the early morning, ensured that all boxes are empty and they attended the end of the voting and sealed the boxes. He praised the work of all policemen and volunteers for their support and effort in guiding the voters.

Mrs Hend Ali Al Kubaisi a member in the committee has ensured the attendance of women was noticeable. She confirms there were a good number of women who came before the opening of the polling stations. This is to show and confirm that they are aware of how important their vote is. She also thanks the supervisory committee that is under the Ministry of Interior for providing all facilities that resulted and helped in the success of the elections.

From the volunteers is Mariam Yousef Al Sulati, in the 3rd district. This is first time we see volunteers during the elections. She stated that the volunteers had to provide help when it is needed and guide the voters within the polling stations. They help people with special needs and the elderly who were not able to enter the stations and provide their vote. She said: In this situation we go to their car with the escort of a policeman and receive their card. Then we do the necessary procedures on their behalf. We ensure their name is listed among the registered voters, take a voting sheet and head back to their car to ask them who they are voting for. She added that she and her fellow volunteers are very proud of serving during these elections.

In the 4th district at Al Bayan elementary school, judge Ali Mubarak Al Asiri the head of committee stated that he is happy with the election process in an atmosphere of democracy.This confirms the growth of awareness among citizens to participate. Everyone coming together to serve the country and it’s development under the wise leadership of the State of Qatar.

He said that the polling process was going well with integrity and transparency that will result in an elected council. This is this proof that people are looking forward to a new phase of municipal work that will serve the country and it’s citizens.

He noted that the electing committee opened its doors at 8am with the presence of the candidates. The electoral measures have started from collecting the voting sheets and ensuring the boxes were empty. Mr. Al Asiri stressed that the number of voters have increased since the first hour of poll.

Colonel Mohammed Hassan Al Kubaisi said that the voting process went very well. Since the start, the turnout was good, explaining that the citizens are more aware of the importance of the electoral process. Also, everyone was keen to exercise his or her democratic rights. Adding that there was a continuing follow up and visits by the supervisory committee to assess the progress of the polls. He stressed that the voting procedures were going smoothly and without any obstacles; praising the development that has taken place at the polling operations.

Ibrahim Al Muhannadi a voting citizen has expressed his deep satisfaction for participating in these elections believing that he needs to contribute in these elections. It helps by increasing awareness of the importance of expanding the decision making and taking responsibility.

In the 5th district, based in Abdullah Bin Zayed Al Mahmoud Independent School for Boys, Judge Mansoor Mal Allah the head of committee said that the voting has started at 8am, there were no obstacles and ensured that all voters were now more aware with the voting procedures and were keen to exercise their right in voting in each session of the Central Municipal Council.

He praised the awareness of the Qataris and the committee has seen a large number of women voting since the early hours of the poll, which gave a momentum to the process of the election.

Major Yousef Al Obaidly member of the committee has commanded how organized the 5th session of the elections of the Central Municipal Council and how the facilities that were provided by the supervisory committee were the reason for the high turnout and encouraged them to come and choose their representative in the council.

In the 6th district the turnout reflects the interest and awareness of how it is important to vote during these elections. Judge Hareb Rashid Al Muhannadi the head of the committee has stated and added that the polls were very well organized during the voting procedure in all stages. He added that the number of voters in the first hours was a significant number who flocked to cast their votes. Third of the 900 registered voters have arrived in the morning. That is an indication there is awareness among voters to exercise their democratic right guaranteed by the State.

In addition, Colonel Ghanim Al Khayarin a member of the committee in the Ministry of Interior stated that the voting process in the 6th district went smoothly. He said that the police and volunteers did a great effort in helping the voters and guided them during all steps for example confirming their registration and receiving their voting sheet. This success was the result of good organizations within all stages.