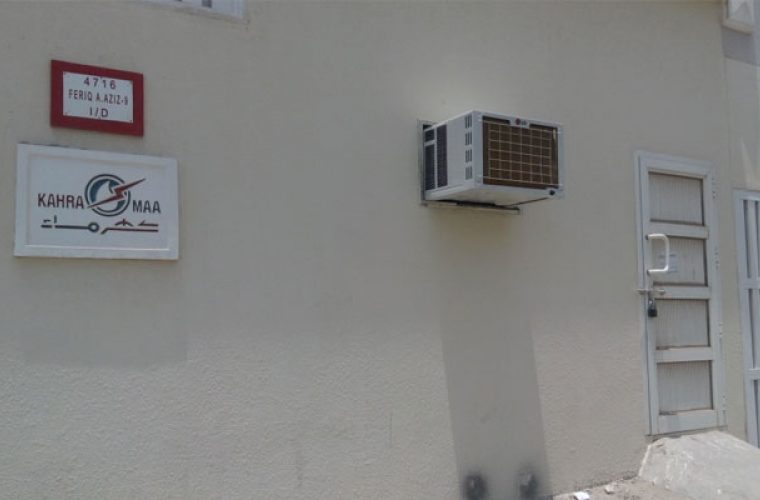 Power was finally restored Wednesday afternoon to all seven buildings affected by an outage at Fereej Abdul Aziz late Sunday night, putting an end to a 66-hour ordeal for hundreds of residents.
Residents present when a team from Kahramaa “energised” the distribution panel supplying electricity to the affected buildings heaved a sigh of relief and expressed happiness.
Since a private company had started to repair the damaged distribution panel on Tuesday afternoon, many residents had crowded outside the small room where the team was working, eagerly awaiting the situation to return to normal.
One of the team members involved with the repair work told Gulf Times they started fixing the distribution panel around 1pm on Tuesday and completed the task on the same day around 9pm.
However, it still took 16 hours for the power panel to go online at 1.20pm .
The delay was because of procedural formalities, which are mandatory to ensure safety, that have to be followed in such situations.
An engineer from the private company said an official from Kahramaa made an initial inspection of the site Wednesday morning. After the inspection, another team was sent to the area to “energise” the distribution panel.
Many of the residents lamented that since the blackout Sunday night, they had to live through many difficulties. "We all take the supply of power and water for granted but realise how important they are when their supply is disrupted."
One resident said even in the evening summer temperatures made it unbearable for all of them, especially for some children of the more than 70 families living there.
Some residents spent the succeeding nights in the houses of relatives, colleagues and friends, while many others sought refuge inside their cars or on the rooftop. Most of the construction workers living in one of the buildings slept in the parking lot until a generator was brought in to supply power to their building.
Almost 48 hours into the power outage, only one industrial-grade generator was installed in one of the buildings. But residents of the remaining six buildings continued to suffer the brunt of the blackout such as the lack of a decent water source.
“Using the toilet and personal hygiene was the most difficult problem for most of us who had no other place to go. In order to take a bath and wash the dishes, some of us fetched water that overflowed from a tank of a nearby building,” said Jeff Vitug, a Filipino expatriate.
An Indian expatriate added that commercial establishments housed in one of the buildings facing the B-Ring Road suffered huge losses after their shops were forced to close down after the blackout.
“Perishable items, including meat were discarded by the staff of an affected supermarket. The owners of a bakery and a fruits and vegetables store also suffered losses in income after they threw away spoiled commodities,” he said.
Speaking to Gulf Times earlier, a staff member of the Al Ekhtiar Punctury and Electrical said during the power outage their business was dependent on a rented generator that supplied limited electricity.