Positive Qatar updates, locally and around the world! 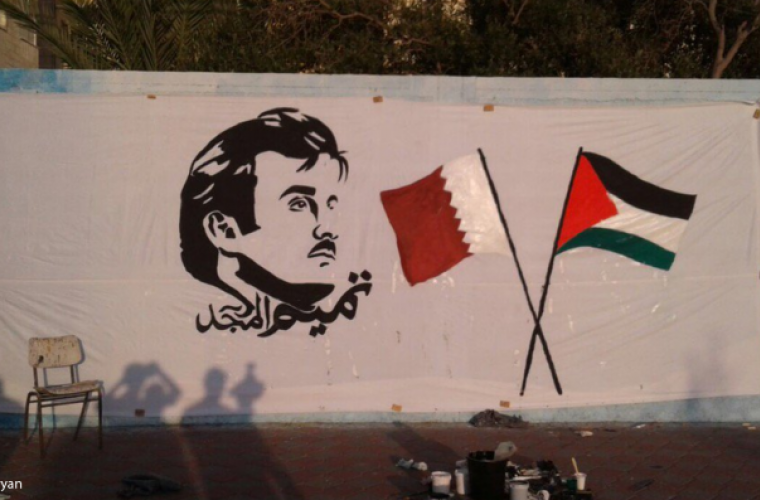 Known to be one of the best airlines in the world, Qatar Airways continues to showcase its success and excellence. The recently launched commercial titled “No Borders, Only Horizons” has been viewed by more than 54 million worldwide, making it the top viral video during the last week of June.

Qatar Airways is "installing a vast patriotic canvas displaying the iconic image of the country’s Emir, His Highness Sheikh Tamim bin Hamad Al Thani" near the Qatar Airways building on Old Airport Road, according to a statement by Qatar Airways.

To combat negative hashtags and social media posts from the blockading countries, Qatar recently created a new hashtag called #QatarAndTamimAreOne. Through many tweets, citizens and expats have said, ‘Tamim is Qatar and Qatar is Tamim.’

Qatar continues to show support for the Emir on social media with a number of different trending hashtags.

Solidarity with Qatar continues to spread around the world! Citizens in Gaza have shown support for Qatar by setting up a board to be signed in Gaza that includes the Palestinian and Qatari flag, along with the Tamim Almajd sketch. They were joined by the head of the Gaza Reconstruction Committee the ambassador Mohammed Al-Emadi and Vice-President Khaled Al-Hardan.

In London, a campaign has spread to show support for Qatar and also called for the blockade to be lifted. Many black cabs in London have been decorated with the colors of the Qatari flag and also show words of support.

Students abroad have also dedicated their graduation to the Emir by raising the Qatari flag or the Tamim Almajd sketch.

What are your thoughts on the latest developments? Let us know in the comments below! And don't forget to give us a like and share—it keeps us going!