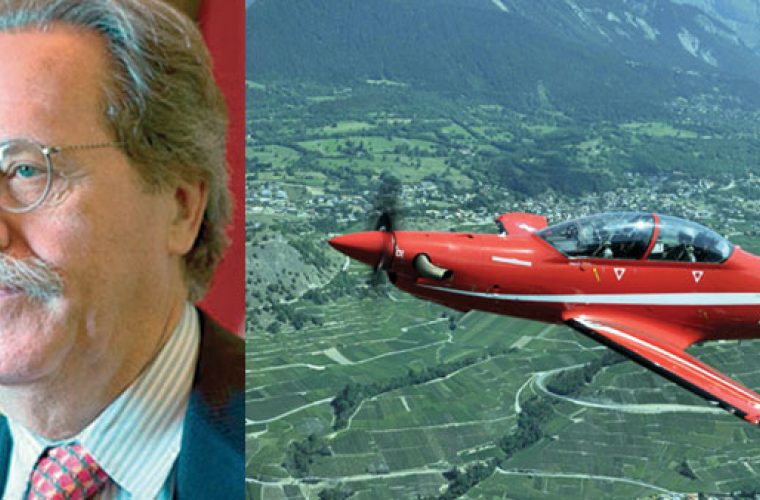 Two years back, the Pilatus aircraft manufacturer had landed the major deal, which included the sale of a fleet of 24 PC-21 trainer planes to Qatar, as well as a package of ground-based training tools, logistical support and maintenance.

The company back then had said that the deal was worth more than $607mn and would provide the newly established Qatar air force academy with the training systems “from the middle of 2014”.

The Swiss envoy said that to the best of his knowledge, everything related to the Pilatus deal was on schedule and in fact a proper handover ceremony in this connection was also expected by the end of this year.

The PC-21 trainer aircraft is designed to fulfil the requirements for basic, advanced and fighter lead-in training for pilots and, if required, weapon systems officers.

The aircraft is fitted with a fully digital glass cockpit with head-up displays, an up-front control panel, hands-on throttle and stick control and full sized multi-function displays giving a similar cockpit environment to current generation fighters, such as the AV-8B, F-16, F/A-18 and Gripen.

Pilatus Aircraft is the only Swiss company to build and sell aircraft and training systems. It was established in Stans, outside Lucerne, in 1939 and has three independent subsidiaries in the US, Australia and eastern Switzerland.

Its customers include the UAE, Saudi Arabia and India among many other countries.

The agreements with Qatar, Saudi Arabia and India have filled the order books for Pilatus Aircraft for the next few years.

Also, since the 1970s, modified Pilatus aircraft are said to have been armed and used in Myanmar, Guatemala, Mexico, Chile, Bolivia, Nigeria, Iraq and Chad.