Phase 1 of Qatar 2020 Census begins: The Planning and Statistics Authority 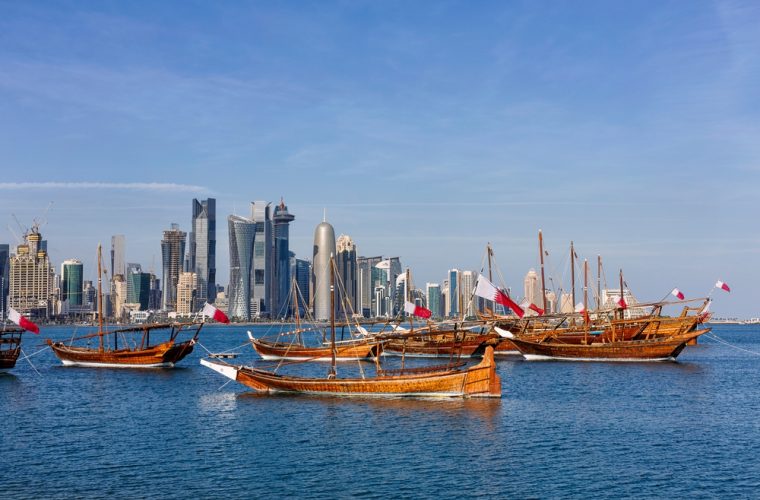 The Planning and Statistics Authority (PSA) announced the start of the first phase of the general census of population, housing and establishments (Qatar 2020 Census), which will last for a month, with the participation of more than 400 field researcher and experienced supervisors selected according to precise criteria.

The first phase of the census, aims to collect comprehensive and up-to-date data on individuals, families, buildings and establishments in order to achieve developmental and service objectives.

His Excellency (H.E.) President of Planning and Statistics Authority Dr. Saleh bin Mohammad Al Nabit said that the general census of population, housing and establishments 2020 is one of the most important statistical projects of the Authority, a national project, which seeks to obtain comprehensive and accurate data on individuals, families, buildings and establishments that support decision-makers and based on various development plans. Adding that during this period, the Authority assess the availability of basic services for the family, identify areas in need and prioritize plans.

H.E. added that preparation for the 2020 census began more than two years ago, to ensure reaching the final stages of the census 2020 on the basis of global standards and to make the process of verifying and completing the data of families, individuals and facilities in order to better accommodate the public.

H.E. Dr. Al Nabit explained that what distinguishes the 2020 census is adopting international standards, relying on administrative records in government agencies, and the use of modern techniques to verify and update data, as well as full coordination with various partners in the country during the census stages.

In response to a question about the electronic link between PSA and the data source, H.E. Dr. Al Nabit explained that the linking process is progressing gradually, and is constantly evolving, thanks to the cooperation of the various authorities concerned, adding that the 2020 census was used as a catalyst to accelerate linkages and overcome all technical obstacles in this regard.

Regarding the possibility of conducting the census electronically in the coming years, H.E. pointed out that there are successful experiences in this regard, and the State of Qatar is ready for this type of census, hoping that the 2020 census will be an important milestone in building a central data record through which electronic censuses can be conducted to make Qatar a leading example in this area.

H.E. PSA President called upon citizens and owners of establishments to cooperate with census researchers, who hold official cards issued by the Authority and facilitate their task in completing the required statistical data, which will be used only for statistical purposes, in accordance with the law of confidentiality of individual data, as well as the Official Statistics Act of 2011.

For his part, Head of the Department of Censuses, Surveys and Statistical Methods at PSA Nasser Al Mahdi said that the 2020 Census is the first of its kind to be conducted through administrative records of the country's data source.

Al Mahdi stressed the need to ensure the confidentiality of the data that will be collected during the two census phases, adding that all individual data that will be obtained are to be treated strictly in accordance with the Statistics Law and will only be used for general population statistical purposes for Qatar.

He went on saying that the researchers will use electronic devices containing the form and send the completed data to the server of the authority every hour in a way that ensures high security and confidentiality, so that the researcher can hardly retrieve or leak any information.

He added that brochures will be distributed to families during the field visit, includes detailed information on the census process indicating its importance for achieving the sustainable development goals and being essential for conducting population, housing and enterprise planning processes. These brochures reaffirm the confidentiality of the data, and urge families to participate in the second phase of the census, which will take place in March 2020.

Last week, the PSA organised the main training programme for field researchers as part of preparations for the first phase of the General Census of Population, Housing and Establishments 2020 (Database Completion Phase).

The program included theoretical and practical training in the basics of field work, as well as the technology to be used in the census process, and the definition of the duties of field researchers, the field interview, with the clarification of the administrative division and the use of maps and mechanisms of work and data collection, and controls the use of electronic device.

Head of Information Systems Department at the PSA Mubarak Al Nabit, made a presentation on the preparations for the census at the technical level and the electronic systems used. He said that the hand devices carried by the researchers contain various data and are only verified during the field visits.

On the electronic registration, he explained that this service will be available during the second phase of the census scheduled in March 2020 so that all families and individuals can register their data electronically in the correct time without the need for field researchers.

The General Census of Population, Housing and Establishments is the only statistical activity conducted comprehensively, once every five or ten years. Qatar carried a number of them in 1986, 1997, 2004, 2010, 2015.