Pets and the blockade: Getting them into, and getting them out of Qatar 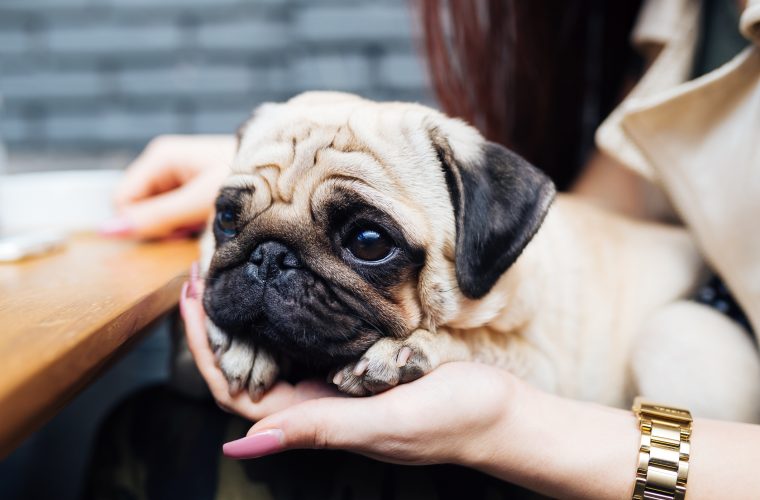 It’s been nearly a decade in the desert for our two beloved, wrinkle-faced pugs who, although originally from the UK, call Qatar home. They spend their days happy here, running on the beach, and living a pampered life on The Pearl. Their arrival into Qatar was with Lufthansa and, as Australia is our final destination in future years, we always imagined they would leave this country onboard Emirates Airline. Then the embargo hit and, shortly after, Lufthansa decided to no longer continue their Doha route, and suddenly our pug relocation options were at a desperation point.

For those unsure of why I haven’t mentioned our national carrier, Qatar Airways, that’s because they have pugs (and other snubbed-nosed breeds such as boxers, bulldogs, and Persian cats) on an Embargo list. Does anyone else see the irony here…?

My husband and I scrambled to think of a way to relocate our pugs out of Qatar in case they could never leave. Without Lufthansa and Emirates, (the only airlines that would fly pugs), how would they exit Qatar? Family and friends from far and wide told me to drive them out (let’s all roll our eyes at that one) or, why not fly them via Dubai (gosh I had never even thought of that…). I became snappy, short with people who only wanted to help, but it was because no one seemed to be giving out the same information or the correct information. As expats, we know Qatar has its quirks – but who knew relocating dogs would prove the ultimate challenge?

My first step was to contact our vet who claimed to have an excellent relocation service (perhaps the biggest in the country). They told me we would never get our dogs out. My heart broke. I wouldn’t take their word for it so I worked day and night for a solution, it got so desperate, at one point I actually considered a private jet until my accountant husband talked me down from the ledge and reminded me we are not the Kardashians and I need to quit dreaming and get real. It just wasn’t going to happen.

And then into my life walked Kimmy Clarkson. She’s a bubbly dog lady with a gigantic heart. She works tirelessly to help relocate abused animals, family pets, and street strays in Qatar. She has, at last count, 56 dogs living in her villa, but boy is she passionate and a ball of energetic fun. I love this woman. She gave me information, she gave me hope, and she instilled trust back into my heart.

We could perhaps consider her to be Qatar’s dog whisperer. She posts regularly on her Facebook page amazing relocation stories that will warm your soul as you drink your morning cup of tea. Sadly, there are so many heartbreaking posts too. She doesn’t stop and if you want to get your pet out safely, this is who I urge you to work with.

I give her the long version of our convoluted dog drama. She sighs and tells me I’ve been talking to the ‘wrong people’ (but these vets bill themselves as expert pet re-locators…?), and she tells me that “all summer long” she’s been flying other snubbed-nosed pets including pugs onboard Royal Jordanian. Why on Earth hadn’t anyone else told me this?! I wince at the thought of the past few weeks of living and breathing complete and utter stress with conviction that our dogs would never leave the desert…ever.

But the issue isn’t just with embargoed pets such as pugs. It’s also with those bigger breeds that Qatar Airways won’t allow as checked baggage and must travel as cargo. Add up the weight and cost of a 50kg dog and you’ll soon be left with no savings from years as an expat. The dog community spiralled into panic with the departure of Lufthansa, who were one of the most helpful and accommodating to welcome pets of all sizes as accompanied baggage. That was until Royal Jordanian stepped in.

Since the embargo, the hope has been that Qatar Airways would take some of the responsibility onboard that Emirates previously had. And as it turns out, the community spoke out and Qatar Airways listened – announcing last month in November that pets weighing up to 75kgs could now be transported, an increase from the previously allowable 32kgs.

So the good news is that we animal lovers have options again. Royal Jordanian Airlines seems to be the new big player in transporting dogs and cats from Qatar via Amman to their final destinations. I’ve spoken to many pet re-locators here that tell me this airline is absolutely outstanding to work with and to send your beloved animal on.

Kimmy Clarkson and Janet Berry are some of the most experienced pet re-locators working day and night effortlessly in Qatar, making miracles happen by working closely with airlines and airport officials to ensure safe relocations are a reality.

Sri Lankan Airlines now also offer transit of animals via their hub, Colombo, but unfortunately this is not an option for those settling in Australia (as we plan to) as they don’t allow transit through Sri Lanka. Turkish Airlines will also offer carriage of live animals.

When it comes to leave and relocate your pet, you might feel it’s cheaper to work on your own, call the airlines, do the legwork yourself…but the reality is that relocating animals, quite frankly, feels like a full-time job and a stressful one at that. It’s time to call in the experts. Have your vet check your pet and make sure all vaccination records are up-to-date.

Call Kimmy or Janet, as without these ladies where would all these animals be? I shudder to think.

Have you experienced a similar situation trying to import or export your pet from Qatar since the blockade took effect? We want to hear your story. Drop us a line in the comments below and tell us about it. Also, don’t forget to like and share this article!