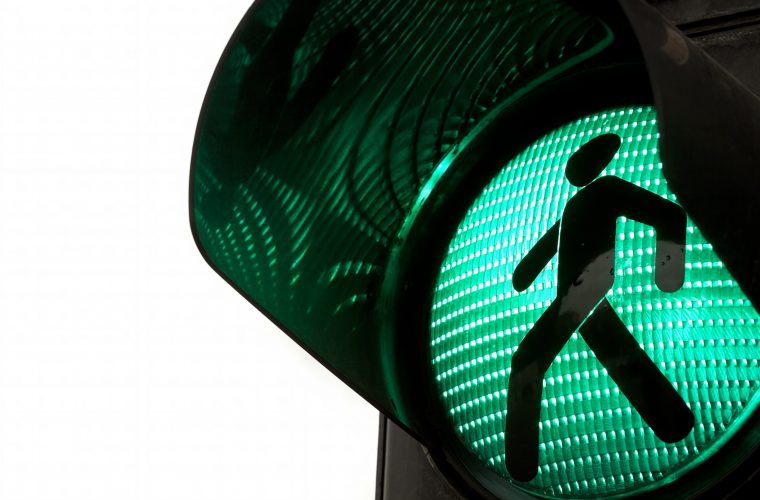 The Ministry of Interior will start recording violations of traffic rules by pedestrians from August 1 and will impose fines, in a move to preserve lives, strengthen discipline in the streets, and organise the roads in a way that meets the requirements of modern cities.

The move comes at a time when Qatar has achieved remarkable successes in traffic safety to deserve international accolades and awards, especially with regard to reducing road accident mortality, which fell from 16.6 deaths per 100,000 in 2006 to 4.9 cases per 100,000 last year, which is lower than the 2022 National Road Safety Strategy goal.

The Assistant Director of Traffic Awareness Department Lt. Col. Jaber Mohammed Odeiba, told Qatar News Agency (QNA) that the State of Qatar has already achieved important steps in the field of traffic thanks to the directives of HE the Prime Minister and Minister of Interior, Chairman of the National Traffic Safety Committee, and its continuous follow-up to the implementation of the national strategy related to traffic.

Obeida stressed that the goal of activating the provisions of the traffic law for pedestrian is not to register fines, but to preserve lives, and to organize the roads in order to show our cities in a modern appearance, and reduce the confusion and disruption of traffic due to the phenomenon of pedestrian crossing.

Traffic statistics reflect the risks of this phenomenon and although the death percentage from run-off accidents in Qatar declined over the past years, but it remains high compared with the significant reduction in the overall rate of road deaths.

Based on these statistics, the number of deaths from run-off accidents was 32 in 2011, out of a total of 205 deaths in traffic accidents, and no significant changes were recorded in deaths of run-off accidents during 2012 and 2013.

The year 2014 was the lowest in the number of fatalities, with 24 cases out of 228 deaths due to traffic accidents, but the number rose the year after to 27 in 227 death cases.

According to studies carried out by the General Directorate of Traffic, a number of reasons contribute to run-over accidents, including the lack of pedestrian infrastructure such as tunnels and bridges, the lack of traffic lights used by pedestrians, the traffic lines allocated for crossing them in some ways, the lack of lighting in a number of areas and highways, as well as the lack of some areas of industrial bumps that limit speed especially in front of schools, mosques and residential neighborhoods, poor traffic awareness, wrong transit, and other reasons.

Odeiba told QNA that the General Directorate of Traffic is determined to take all the ways and means specified by the law to reduce the number of deaths and injuries resulting from run-over accidents, which have already been implemented to address the causes contributing to such incidents.

Officer at Traffic Studies and Research Department, First Lt Abdul Rahman Al Aawi pointed out that despite the decline in accidents in recent years, there is a set of recommendations that must be taken into account in order to achieve the goal of reducing traffic accidents deaths, including run-over accidents according to the goals and objectives of the traffic safety strategy 2013-2022.

Al Aawi said during a seminar held recently that the recommendations made by the administration and the relevant authorities to provide more pedestrian crossings and the establishment of more separation lines in the main streets and highways to prevent the indiscriminate crossing and planning of the pedestrian corridors are being implemented.

Al Aawi also referred to other projects, some of which have been implemented and others that are being implemented, such as increasing the area of sidewalks in crowded pedestrian roads and placing metal barriers in non-transit areas.

In an integrated vision to reach a safe passage for pedestrians within the framework of the modern road network, Qatar has embarked on its comprehensive pedestrian crossing plan to reduce the mortality of run-over accidents.

This plan is one of the components of the integrated transport system for 2030.

The plan takes into consideration the rights of all road users, including motorists, cyclists and people with special needs, which contributes to the preservation and safety of lives and property and, most importantly, the development of safe movement of pedestrians.

In a related context, Odeiba pointed out that the activation of the provisions of Traffic Law on Pedestrian Offences comes at a time when the state has completed many new road projects that guarantee secure pedestrian crossings. Consequently, there won't be recorded irregularities on pedestrian offenders in the streets that don't meet the necessary conditions to enforce the law.

Violations, which are recorded on the personal number of the offender, include three categories: the first relates to walking on the medium strip of the road, or in places designated for cycling, and non-compliance at the extreme end of the road against traffic, with a fine of QR 100. The second relates to the violation of those pedestrians who don't take the required precautions or use designated areas to cross a road, with a fine of QR 200.

The third relates to violation for those who don't follow the traffic signals while crossing the road at an intersection or when the Traffic Police allow vehicles to move, as well as breaking through military parades and processions, with a fine of QR 500.

In order to create complete traffic awareness of these violations, the General Directorate of Traffic launched an awareness campaign which included a number of activities and events to raise awareness of pedestrian violations. The participants of the campaign discussed traffic accidents related to pedestrians, in light of the official statistics, their rights and obligations, the role of law enforcement agencies, the importance of awareness, and the social responsibility of the communities in reducing pedestrian accidents.

The General Directorate of Traffic also organised a workshop on activating pedestrian violations with a view to developing mechanisms for activating violations during the coming period, setting the standards for each violation, how to implement them and how to pay the amounts involved. The workshop also involved the engineering aspect regarding the legal side of the pedestrian crossings as well as the legal aspect of violations and mechanisms of patrols in the liberalisation of violations and the role of traffic awareness during the coming period.

The Department conducted a field tour of the Corniche, the Industrial Zone, near intersections and bridges, as well as in the city of Al Khor and other areas to introduce pedestrians to the dangers of crossing the road incorrectly and walking along the road. Vistas were also distributed to pedestrians and promotional gifts.

The Ministry of the Interior hopes that the coming months and years will witness a further decline in the number of Pedestrian deaths, which constitutes a significant percentage of road traffic fatalities, adding that it will contribute to the continuation of the successes achieved so far on the traffic level, which wouldn't have been possible without the efforts of the ministry, in cooperation with all ministries and partners, over the past years.