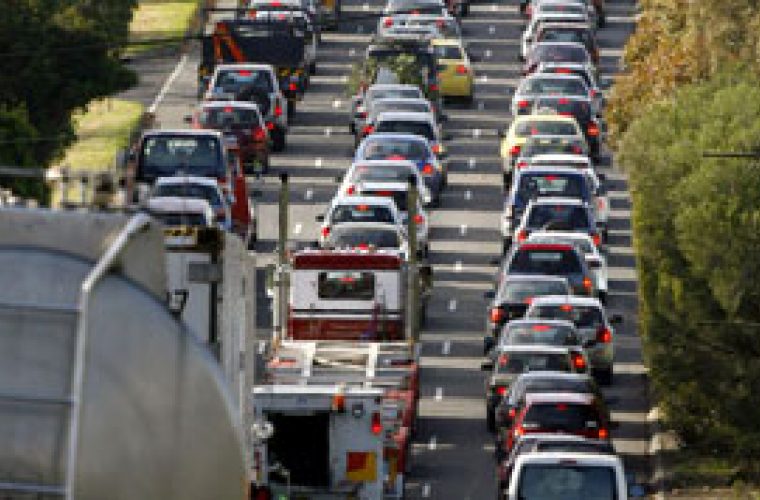 While the country sleeps, they are up and behind the wheels of heavy-duty vehicles ensuring a steady supply-line to the various industries and the booming construction sector in Qatar. However, time restrictions in city limits coupled with load caps as well as the condition of roads in the Industrial Area and other places are putting drivers of heavy vehicles under tremendous pressure and resulting in lack of sleep and loss of performance; factors that are contributing to an increasing number of accidents involving heavy vehicles. The government, in a move to ease traffic congestion in Doha imposed a ‘no entry’ restriction, some two years ago on heavy vehicles coming into the city limits from 6am to 9am, 12pm-2pm and 5pm-10pm. “That means I have to wake up at 3am to get my truck loaded, deliver it before 6am, then work for three hours, be out of the city limits and so on... That’s a 12-hour day every day of the month,” said Mohamed, a driver of a dumper, known locally as “Nachal”. “Often the company needs me to pick up sand and rubble from Mesaieed at deadlines extending into nights meaning work starts at 10pm and ends at six in the morning,” he added. Mohamed makes QR2,400 a month. The road leading to the designated site in Mesaieed where sand and rubble are picked up for the whole country is in an “extremely bad shape” too, according to those going there for business. “It’s located at about 30km from Mesaieed city and there’s just no road. It was horrible to be on that narrow stretch of track even in my 4-wheel drive recently,” said a construction-industry executive who had to go there to see if he can get five trucks of sand for his project in Doha. Then there is a newly-introduced weight restriction on trucks and other heavy vehicles. Depending on the category of a truck it ranges from 21 tonnes to 34 tonnes to a maximum of 45 tonnes. “The truck drivers may undergo sudden inspections to ensure that they are following it. The weight on mobility generally applies to Abu Samra Road, Mesaieed-Wakrah Highway, North Road, etc,” Traffic and Patrol Department’s Traffic Safety and Planning head Colonel Mohamed Ma’rafia told Ashghal magazine in a recent interview. “Our roads are already getting narrower due to implementation of projects in overcrowded areas of the country,” he added. However, drivers said that there were not many weighing stations in the country. “Our problem is there aren’t many weigh stations in the country from where we can make sure that we are following the law,” said Nabi, owner of an 18-wheeler truck. “Last week I was assigned to pick up rubble from a demolished building in Doha and the client kept trying to fill my truck up, just so I couldn’t claim more rounds. I told him about the weight restrictions but he didn’t understand,” explained Nabi. Some types of heavy-vehicles, such as water tankers, concrete transport trucks, oil tankers and pretty much anyone with access to ‘special permit’ are allowed on the road even during restricted hours in Doha. “For others a permit is issued by the authorities for two months stating where I will be driving but not the routes. Just yesterday I was delivering supplies to a client in Gharaffa area and ended up receiving a violation ticket,” a Syrian driver said. According to him, the police officer suggested that this road was not allowed for heavy vehicular movement, upon which he argued that a total of three roads lead to Gharaffa area while the permit did not specify which one is allowed for trucks. He was fined nevertheless. Professor Hani Mahmassani, a leading traffic expert who was in Doha last week for the 4th International Gulf Conference on Roads, suggested that road networks should be designed with due consideration given to heavy-duty vehicles. “Trucks are a major contributor to congestion no doubt but they should be rationalised along with the traffic network, when designing an urban network,” Prof Mahmassani said. “It is very essential for Qatar, especially when there are major infrastructures changes taking place,” he told Gulf Times. “The idea is that of a two-way interaction: impact on traffic congestion as well as impact on urban fabric and environment should be studied. Else, everyone will suffer and pay the heavy price of congestion,” he said. GT