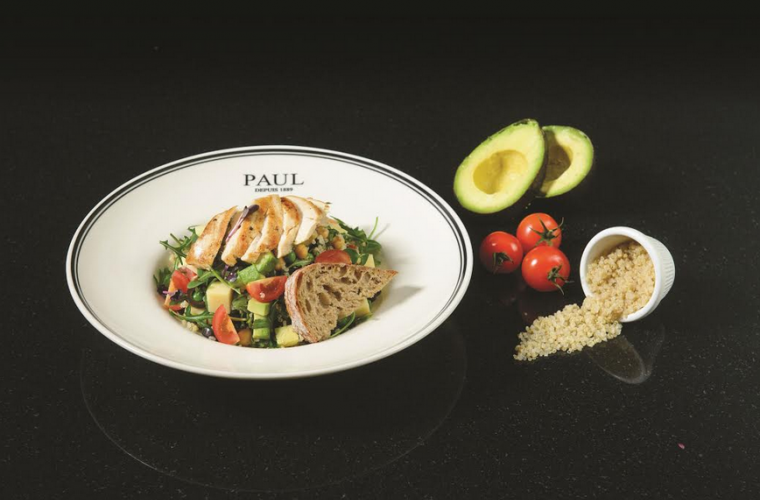 Giving food lovers in Qatar another reason to visit their favourite French eatery, PAUL has launched its new seasonal menu at its latest outlet in Qatar’s biggest mall, Doha Festival City. Inspired by the summer season and the French culinary traditions, the spread includes tasty but healthy salads options such as quinoa salad with raspberries or salmon, chicken main courses, super appetizing goat cheese quiche with poached eggs and Halloumi croissants as well as a range of toasted sandwiches, to name a few.

The renowned French culinary brand has come a long way since 1889, when its first bakery opened in the North of France. From its freshly baked bread and super tantalizing cakes and desserts, to a full gastronomic menu for breakfast, lunch and dinner – the restaurant and café has grown to become a dining outlet of choice in Doha.

Unveiled in the presence of local food bloggers and members of the local media outlets, the new menu is now also available at PAUL’s other branches including Villaggio, Landmark and The Pearl in addition to Doha Festival City.

The launch of the new menu was captured on social media platforms with guests sharing their experiences using the hashtags #PaulArabia and #PaulQatar, and creative entries for PAUL’s ongoing social media competition, wherein users are highlighting the restaurant’s signature dishes against the backdrop of specially-designed placemats featuring French sights, using the hashtag #uninstachezpaul.