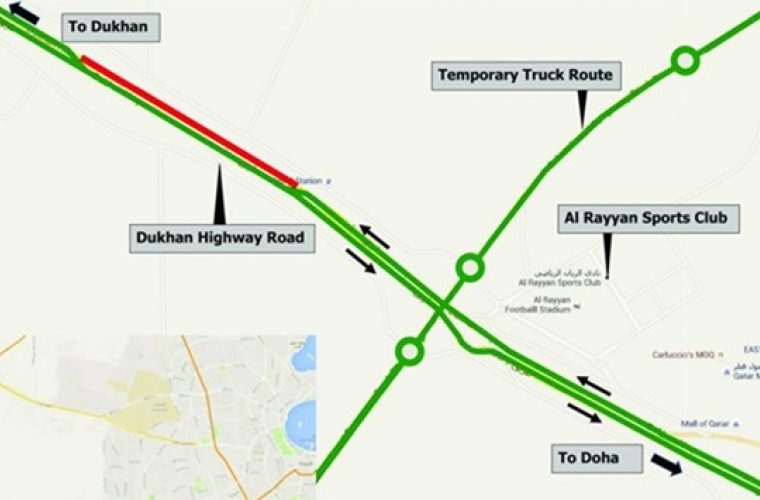 A temporary closure for nearly 2km starting from the west of Al Rayyan Sports Club on the west-bound lane of Dukhan Highway will be in place from Tuesday. The closure is for approximately six months.

The traffic on the closed section of Dukhan Highway will be diverted to the opposite side of the road (east-bound lane) leading to Doha city, which was divided to contain both directions (to and from Doha city), with two lanes in each direction (as indicated in the map).

The diversion will not have any major impact on traffic as it was already in place and has only been extended in length.

The diversion is required to allow for the construction of the bridges which intersect with Dukhan Highway on the New Orbital Highway and Truck Route.