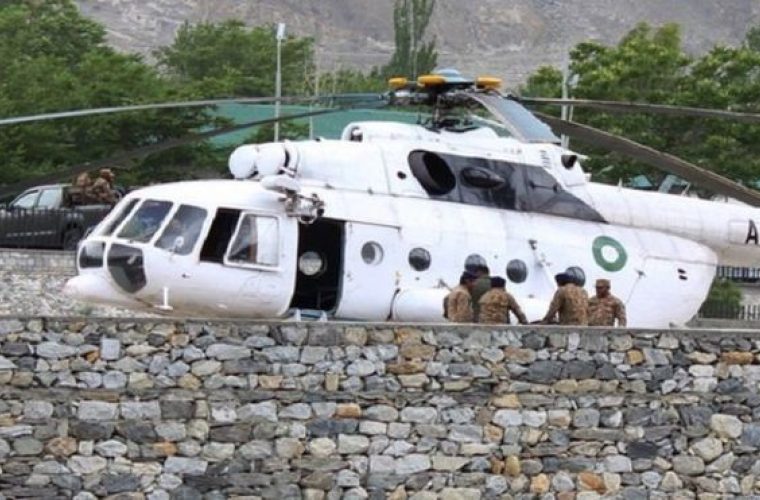 An army helicopter has crashed in a mountainous part of northern Pakistan killing seven people, including the Philippine and Norwegian ambassadors.

It crashed during an emergency landing in the Gilgit-Baltistan territory.

The wives of the Indonesian and Malaysian envoys, two pilots and a crew member also died. They were to attend the opening of a tourism project.

The Pakistani Taliban said they were behind the attack, but the government dismissed any suggestion of foul play.

This is one of the most tragic aviation disasters for the Pakistani military in decades. The last time one of its air crashes killed a foreign diplomat was in 1988 when a C-130, carrying then military ruler Gen Ziaul Haq, US Ambassador Arnold Raphel and several of the army top brass, crashed in southern Pakistan, killing all on board.

The diplomats flying in the ill-fated MI-17 on Friday were headed for a little advertised but extremely exciting inauguration ceremony of a ski chairlift, built in the breathtaking resort of Naltar, in northern Pakistan.

The 180-seat lift was donated by Switzerland and installed by the Pakistan Air Force. Its test run was completed in August, but its formal opening was delayed several times due to Prime Minister Nawaz Sharif's preoccupations elsewhere.

Today Mr Sharif flew to within 40km of Naltar valley, but just then the news of the crash came and he had to turn back without touching down at the regional airport in Gilgit.

The area is not a stronghold of the Pakistani Taliban (TTP). The militant group earlier issued a statement saying they had shot down the helicopter with an anti-aircraft missile, intending to kill the prime minister. 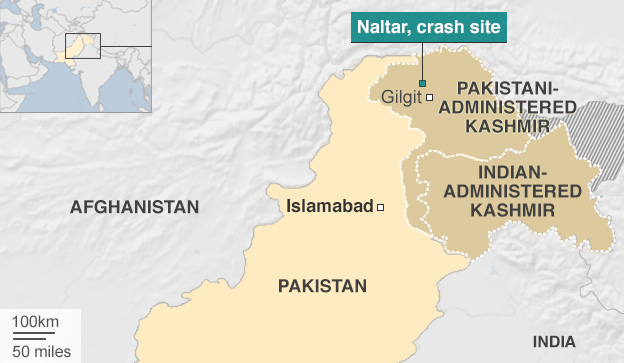 Pakistani Prime Minister Nawaz Sharif was scheduled to attend the inauguration, but his aircraft turned back from Gilgit after reports of the crash.

Military spokesman Asim Bajwa said in a Twitter post that Norwegian envoy Leif Larsen and Domingo Lucenario of the Philippines had been killed.

He said five others were injured, including the Polish and Dutch ambassadors.

Eleven foreigners and six Pakistanis were on board the MI-17 helicopter when it came down in the Naltar valley, he added.

The helicopter hit a building belonging to an army school in Gilgit-Baltistan. The building caught fire but no children were in class at the time, a senior official told the AFP news agency.

Local resident Sher Ahmed told the news agency that there had been a heavy security presence in the area ahead of the visit.

"I was in my garden with my family watching the helicopters arriving when we heard a loud explosion and then the school building was in flames."

Meanwhile, an unnamed senior official told Pakistan's Express News that strong winds were blowing when he saw the helicopter crash go down. 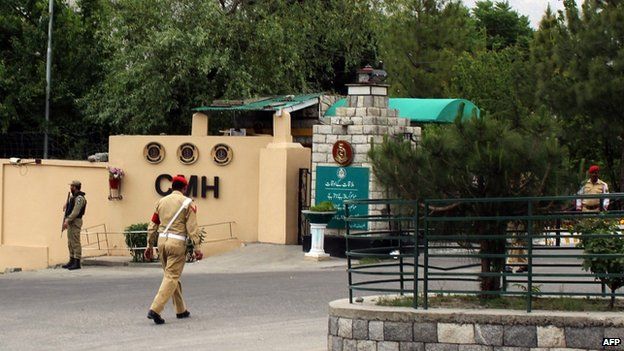 It was one of three helicopters ferrying a delegation of foreign diplomats for the inauguration of a chairlift project built by the air force for tourists in the area.

The chairlift project was reportedly completed more than six months ago, but its inauguration was delayed due to Prime Minister Sharif's other commitments.

Gilgit-Baltistan is famous for its natural beauty and the main city of Gilgit is seen as a gateway to the Karakoram and Himalayan mountain ranges.

There have been a number of crashes involving the same model of military helicopter in Pakistan in recent years.