Over 300 dugongs seen off Qatar 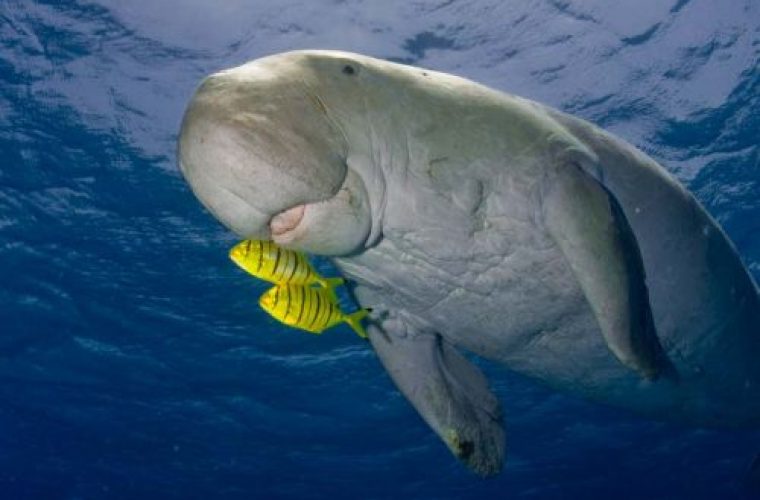 Around 300 to 500 dugongs were sighted off the west coast of Qatar during a field mission by ExxonMobil Research Qatar (EMRQ) and the General Directorate of Natural Reserves-Private Engineering Office.

The one-day visit was part of ongoing data collection efforts to better understand the distribution, abundance and behaviour of Qatar’s dugong population.

The efforts are part of a tripartite agreement signed in 2014 by ExxonMobil Research Qatar, Qatar University (QU) and Texas A&M University Galveston, with in-kind support from the general directorate and the Ministry of Environment.

The mission resulted in video and photographic documentation of dugongs as they travelled and fed in the area. It was the first time that live animals were documented as part of research efforts.

“It is exciting for us as scientists and marine biologists to come face-to-face with these creatures and study their behaviour so closely.

“We are pleased with the data we have collected so far and will continue to exert every effort to ensure that the rare species is protected in its natural habitat, in collaboration with QU and Texas A&M University Galveston and with the support of the general directorate and the ministry,” said Dr Jennifer Dupont, Research Director, EMRQ.

Dugongs are long-lived, herbivorous marine mammals that can grow to almost three metres in length and live for over 70 years.

About 6,000 dugongs are estimated in the Gulf, making it the second largest population in the world, apart from Australia. Qatar is home to two of at least three habitats for dugongs in the Gulf, and is strategically positioned within the species’ range and critical to its survival.

Modern-day threats to the species, listed as Vulnerable to Extinction under the International Union for the Conservation of Nature, include natural events such as cold stress and harmful algal blooms along with human threats such as fishing and bycatch, vessel strikes and coastal development leading to habitat destruction. To date, over 14 stranded (dead) animals have been reported under the project, indicating that the population is experiencing threats in Qatari waters. Future work will focus on collecting data to inform management efforts centred on the protection of the species.