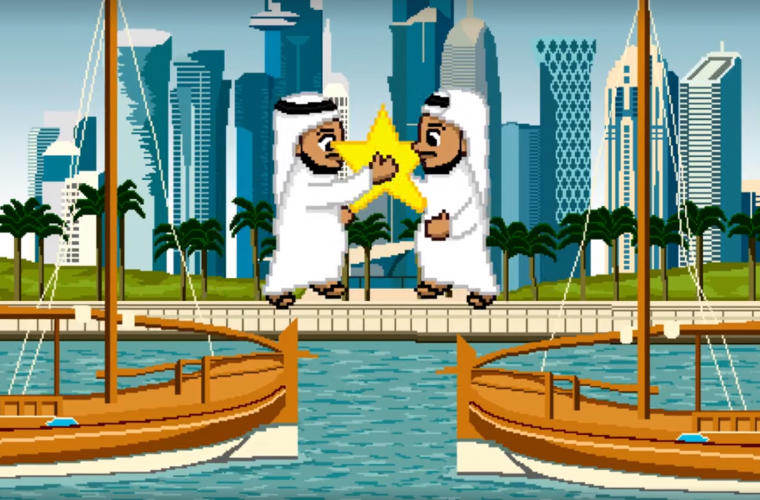 In a newly-released Facebook video, Doha-headquartered telecommunications company Ooredoo stated why Qatar deserves a high-five—apart from being downright awesome, of course.

The promotional ad, which saw people from all walks of life (locals and expats) high-fiving each other, was made to emphasize Qatar's honor of being the first country in the world to acquire the 5G technology.

According to Ooredo's website, 5G in Qatar is now ready, and they’re officially the first-in-the-world to launch the technology on a commercially available network.

"Currently, we are able to use 5G through the apps that we are developing. We’re waiting for manufacturers to start producing 5G capable mobile devices. These don’t exist yet anywhere in the world. Once these devices are produced, we’ll be again first-in-the-world to make them available for immediate use, as our networks are well ahead with readiness."

It can be remembered that ILoveQatar.net was among the very first websites to share the breakthrough announcement mid of May. It was made in an event attended by Ooredoo senior management at the Ooredoo Tower in West Bay. Attendees were also briefed on the first Ooredoo 5G site which was accomplished just days after Ooredoo’s new 5G Commercial Core Network was activated.

The Ooredoo team countinued: "We’re not just launching 5G in Doha however, we’re working to update 1,200 of our network stations, so that when devices are ready, everyone in Qatar can access our life-changing speeds without having to wait for the technology to roll-out. In fact, we’re aiming to update 100 network stations within the next three months."

The 5G network has already been tested on specially adapted devices and test samples, such as home gateways, drones and other equipment—these ‘cases’ are as well world-firsts and are set to have more 5G demos in the near future.

The 5G technology will allow users to access crazy-fast download and upload speeds that would make 4G look like 2G, but the breakthrough is not just about mobile internet speeds. It’s also about accessing a whole new digital lifestyle that will change people's lives forever.

It would also have a hugely positive impact on many sectors like health and education, and on the entertainment industry, such as sporting events.

The 1-minute video, which is already approaching 200K hits as of this article's writing, doesn't only highlight the 5G aspect, it also shone the spotlight to Qatar's tourism as it was shot on multiple and popular landmarks such as Zekreet, Education City, the Shangri-La helipad, Aspire Park, the Bounce facility, Doha Fire Station, and Qanat Quartier!

In the last few scenes, football superstar and Ooredoo endorser Leo Messi was seen high-fiving a small soccer fan in the posh Museum of Islamic Art.

You can watch the full video here:

We’ll keep you updated with the latest 5G news but for the meantime, you can check out Ooredoo's website and social medial links below!

Have you seen Ooredoo's latest fun ad and were you among the many ones who got hooked by it? If you're excited for 5G's arrival in Qatar, then you know what to do! Share this article with your friends—it keeps us going!

EVENTS / EDUCATION
5G for Web 3.0 with Qatar Digital Ecosystem as an Enabler by Ooredoo