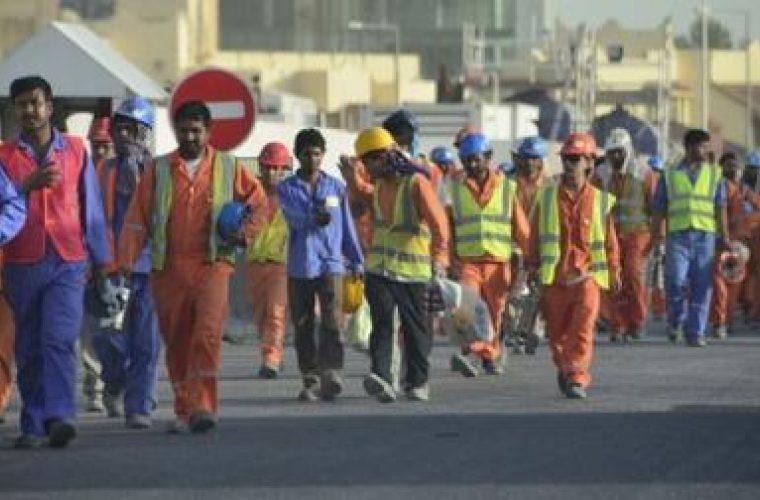 Banks along the Grand Hamad Street, popularly known as the Bank Street, are closed on Fridays, but financial transactions of a different type take place here on this weekly day off, as low-income workers from their living quarters in the Industrial Area and elsewhere literally descend here in hordes, with several groups running traditional savings schemes on the sly as reported by Qatar Chronicle. The transactions are in hundreds of riyals, unlike the millions and billions the banks dispense on weekdays. In small open grounds on both sides of the Grand Hamad Avenue, low-income workers mainly from Nepal converge by the hundreds on Fridays and many of them can be seen sitting in groups and writing their versions of books of account. These groups run conventional savings schemes on the sly, and the membership is through invitation and strictly for those who either come from the same place back in Nepal or for people known closely to the group. A group usually has 10 to 15 members but larger groups of 30 have also been sighted. Members contribute a fixed sum (QR100, in most cases) to a common pool every month. And each month a different member receives money from the fund collected that month. Their regular meetings ensure that members don’t default on contributions and if one does, one is reprimanded. A Nepalese worker, who refused to give his name, is a member of a group of 15 compatriots, all of whom come from a single village from the Himalayan Kingdom. He said he was lucky as he was given the money raised from the 14 other members (each contributing QR100 a month) yesterday since his mother was due for surgical operation for a stomach ailment back at home. “This is not a business that gives us a profit. This is to help our group members in an emergency. Like I needed money urgently for my mother’s operation and I got it,” he said. Members are strictly from one village in Nepal. “We began this scheme three months ago, with six to seven members. Today, the membership has reached 15,” Buddh proudly declared to this newspaper. “We are not doing anything criminal or illegal.” Account keeping is strict for the common pools and usually the most educated in the lot, is entrusted with the responsibility of maintaining records of cash flows and beneficiaries. Not far away from where Buddh’s group was collecting contributions to their monthly common pool, another group with 30 members was busy making collections and keeping accounts. Though it was the second Friday of the month, but since many members did not receive their wages on February 1, the meetings for contributions were held yesterday.