NOC no longer required to change job, sponsor in Qatar 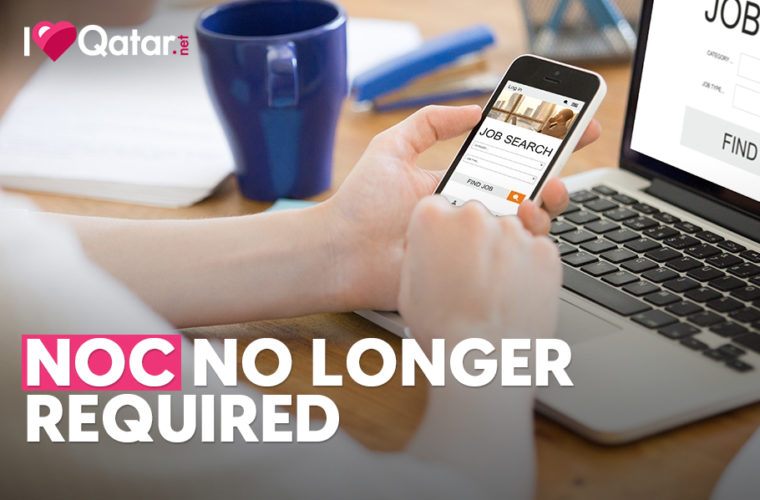 Expats in Qatar no longer need a No Objection Certificate (NOC) from their present employer/sponsor when they want to switch jobs (even if their employment contract is still valid) or sponsorship, according to a press release from the Ministry of Administrative Development, Labour and Social Affairs (MADLSA) an the Government Communications Office (GCO).

Up until today, under Qatar's "kafala" (Arabic word for sponsorship) system, expats in Qatar had to get their employers' permission - a NOC - before changing jobs.

The International Labour Organisation in Qatar also published a press release hailing the decision of the Qatari government:

"In a historic move, the State of Qatar has introduced major changes to its labour market, ending the requirement for migrant workers to obtain their employer’s permission to change jobs, while also becoming the first country in the region to adopt a non-discriminatory minimum wage."

Following the adoption on 30 August 2020 of Law No. 18 of 2020, migrant workers can now change jobs before the end of their contract without first having to obtain a NOC from their employer. This new law, coupled with the removal of exit permit requirements earlier in the year, effectively dismantles the “kafala".

The new standards are aligned with the human and economic development goals of Qatar’s 2030 National Vision. The standards will attract talented and ambitious workers from overseas, protect their rights and ensure their safety.

When will this new law come into effect that employees no longer require NOCs in Qatar?

Law No 18 removing the No Objection Certificate requirement to change jobs in Qatar came into force on Wednesday 9 September 2020 as soon as it was published in Qatar's Official Gazette.

Terms and conditions for obtaining a NOC in Qatar

Without No-Objection Certificates, what is the process for terminating a contract?

MORE:
The notification terms required for resigning work in Qatar

What is the significance of these measures?

What does non-discriminatory wage mean and how will it be enforced?

The non-discriminatory minimum wage of QAR 1,800 applies to workers in Qatar’s private sector, regardless of job roles and nationalities.

How will this create more competition and innovation in Qatar?

What is a No Objection Certificate (NOC)?

In the last two years, Qatar has announced a number of sweeping reforms to its labour market, with a view to ending the kafala system, and marking a momentous step forward in upholding the rights of migrant workers. This latest step is just another step forward for expats who will now be able to change their jobs without requiring a NOC.

On 16 October 2019, the Council of Ministers of Qatar had unanimously approved new legislation allowing workers to change employers freely. Workers in Qatar had previously required a NOC from their employer in order to do so.