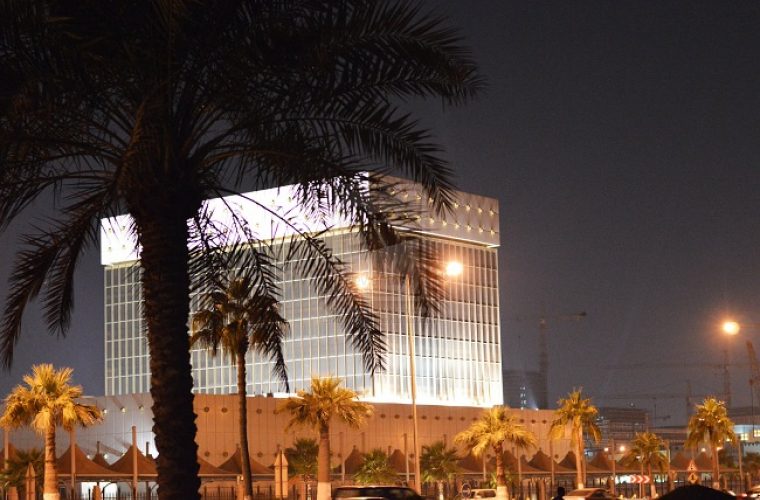 Qatar may change its peg to the US dollar when the economy becomes less dependent on hydrocarbons and local financial markets deepen, although no changes are currently being considered, its central bank chief said. Asked which economic conditions needed to be met for Qatar to consider changing its currency regime, Central Bank Governor H E Sheikh Abdullah bin Saud Al Thani said: “With increasing integration in international trade, services, and asset markets, a higher degree of exchange rate flexibility may become more desirable to ensure external stability and international competitiveness of our exports. “Moreover, our financial markets would have to deepen and develop further in order to provide the appropriate instruments for hedging of risk in a more flexible exchange rate environment.” It was the first time a Qatari policymaker has publicly suggested that the country may one day change its dollar peg, although Sheikh Abdullah emphasised that nothing was currently in the works. “We continue to reiterate our faith in the dollar peg and (are) not contemplating any change for the time being,” he said yesterday in written answers to Reuters’ questions. “The dollar peg provides a credible anchor for our monetary policy as almost all of Qatar’s export contracts and invoicing are done in the US dollar. Thus, a stable exchange rate renders stability to our foreign export earnings, the main component of government revenue.” Qatar and other Gulf Arab states adopted fixed exchange rate regimes in the past to stabilise their currencies and import low inflation from overseas. Spiralling inflation in 2007 and 2008 put the viability of pegs under fire at the time. Sheikh Abdullah said, however, that the economy benefited from the dollar peg for most of the time and inflation remained modest despite the greenback’s fluctuations in recent years. “With our emphasis on greater economic diversification, we aspire to develop the non-hydrocarbon sector over a period of time so as to reduce our reliance on the hydrocarbon sector. Till such time, our exchange rate framework would continue to be characterized by the dollar peg,” he said. Qatar adopted a currency peg after in 1971. It has kept the riyal pegged at 3.64 riyal to the dollar since 2001. The world’s top liquefied natural gas exporter had been questioning merits of the peg in 2008, when it reeled under a record 15 percent inflation, and in 2009. Last week, the central bank’s Research and Monetary Policy Director Khalid Alkhater told a forum that Qatar and other Gulf states should consider moving to a more flexible exchange rate regime to better manage inflation risk in the next decade. One-year riyal forwards dropped 45 points to 30 points, the lowest level since June 2012, on his comments. They have recovered most of the losses since then, floating at around 65 points bid yesterday. Sheikh Abdullah said the arguments for a greater monetary policy independence had their limitations in Qatar’s case. “Since our financial markets are in a formative stage and the monetary transmission mechanism is yet to evolve fully, it would constrain the effectiveness and efficiency of an independent monetary policy,” he said. Imported inflation pressures in Qatar have been restricted due to limited low pass-through effects achieved through price controls on select items, Sheikh Abdullah added, pointing to a modest inflation recently. “Therefore, we are confident of our abilities in keeping inflation under check and anchoring inflation expectations even with the dollar peg,” he said. Inflation in Qatar climbed to 3.7 percent on an annual basis in April, the highest level since at least 2009, fuelled by rising rental costs. The International Monetary Fund sees it edging up gradually to reach 5.0 percent in 2017 and 2018. Sheikh Abdullah said it would be premature to comment on whether pegging to a basket of currencies, Alkhater suggested as an option, would be a good alternative to the dollar peg. While pegging to a currency basket would reduce monetary policy dependence on the United States, it has a disadvantage that traders would have to bear the exchange rate risk, he said. “In a relatively underdeveloped financial market, hedging exchange rate risk would be difficult and costly.” Out of six Gulf Arab oil producers only Kuwait does not peg its currency to the dollar. Its dinar has traded against a basket of undisclosed trading partners’ currencies since 2007 but is believed to be heavily dollar dominated. Source : Qatar Chronicle