No plans to move US airbase from Qatar 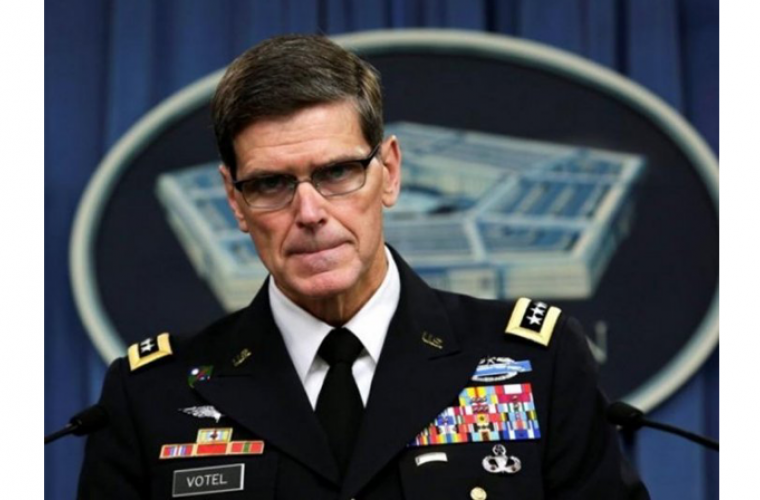 There are no plans to move the Al Udeid US airbase from Qatar, Commander of US Central Command Gen Joseph Votel said.

"We have no plans to depart the airbase in Qatar and I am aware of some of these reports, I don't know where they come from," Gen Votel said.

He expressed thanks to Qatar for supporting the efforts of the international coalition against terrorism, pointing out that US is looking forward to continue relationship with Qatar.

Gen Votel stressed that Qatar has been a good partner to the US in the region, hoping that some of the tensions are addressed and they will not have an impact on security.

He added that the US continues its partnership with Qatar in order to protect the region and its stability.

The US Commander also stressed that Turkey is a major supporter of the International Coalition's operations against terrorism, denying closing Incirlik Airbase in Turkey.

He said that Incirlik Airbase supports them in the war against ISIS and that the US will continue operations from there.

Regarding the Turkish operations in the north of Syria, he said that this issue is under discussion between the US and Turkish governments and that discussions are continuing at the diplomatic level.

He said that he visited several countries during his recent tour of the region which included Afghanistan, Oman, Iraq, Syria, the United Kingdom and others, in order to look at how military preparations implement the new policies and strategies, expressing pleasure with the latest progress made, especially in the focusing on some consultations and assistance operations in Afghanistan and the discussions of the ongoing efforts of the coalition.

Moreover, the Commander of US Central Command underlined that Iraq has successfully liberated its territory from ISIS organization and it is now moving to a new phase.

About his short visit to Syria, Gen. Votel explained that the goal of the visit was to meet some allied forces there and effectively assess the situation through their own views, adding that the United States takes threats of the use of chemical weapons in Syria seriously. He pointed out that there is strict supervision over the use of such weapons, especially if there are civilian targets.

He also affirmed that the main task of the coalition forces is to defeat ISIS organization, pointing out that with the complex situation in Syria, the intention is to focus on other ISIS elements that must be dealt with.

Gen Votel called on concerned parties to implement ceasefire, take into consideration the humanitarian situation and find diplomatic efforts to bring about diplomatic change instead of military option.

On the role of the international coalition forces to combat terrorism in the Egyptian region of Sinai, he said that the coalition forces do not directly participate in the operations of the Egyptian army in Sinai, adding that they have good communication with their partners in Egypt and they recognize the operations that are launched there. (Source)