No heavy trucks on Doha roads from December 15 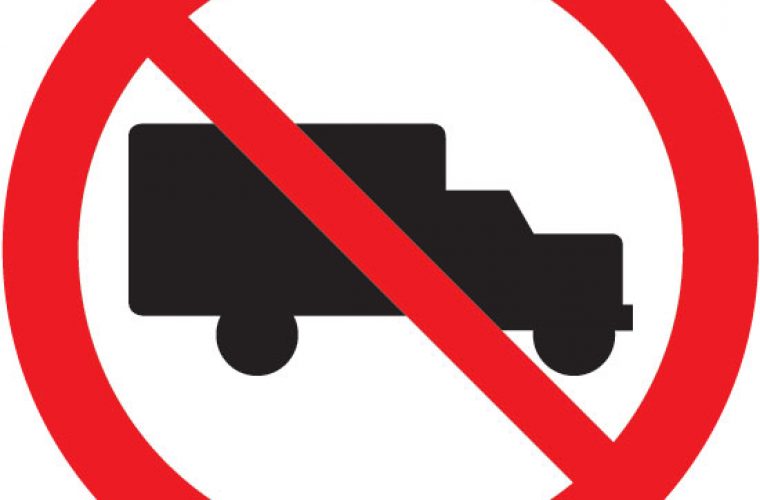 No heavy trucks will be allowed to enter Doha from December 15 without the traffic police’s permission after a temporary bypass road dedicated to them was opened yesterday.

All trucks will use a Temporary Truck Route (TTR) on the Salwa — Lusail road stretching 41km, which was opened by Public Works Authority yesterday.

Brig Mohammed AbdulRahman Marafia, Director of Traffic and Road Safety, said an awareness campaign has been launched to keep heavy trucks outside the city and reduce traffic congestion. Traffic patrols will book trucks plying in Doha without permission.

“The fine for the violation is QR500,” he said. The new TTR has been launched to improve the traffic flow in Doha and divert incoming transit traffic between the north and south of the country out of the city, said Jalal Yousif Salehi, Director of Infrastructure Affairs at Ashghal. The announcements were made at a press meet at Ashghal headquarters yesterday after which media persons were shown the new road.

According to Salehi, the TTR is connects Salwa Road west of the Industrial Area with Lusail Development. The TTR also merges with the 23km Salwa — Mesaieed (Route 55) that opened last year, forming a temporary rural road stretching 64km west of Doha city to reduce traffic congestion between Mesaieed in the south and Lusail in the north.

The new road will also reduce traffic flow to and from Al Khor, Al Shamal, and Dukhan passing through the Industrial Area, Mesaieed and the south. Hence, this will dramatically ease congestion on Doha’s main streets that served as a main route for heavy vehicles and trucks, he said.

“The TTR is one of the most important projects executed by the authority’s Road Projects Department to reduce traffic congestion by diverting transit traffic out of Doha until the completion of the Orbital Express way and Truck Road, which is expected to be complete in 2017,” he said.

The Salwa-Lusail TTR consists of a two-lane road in each direction separated by a median, said Mohammed Jamal Al Khazendar, Head of Projects Section at Roads Project Department.

He said that it starts from Lusail Development passing through Al Khor highway via a new prefabricated steel bridge. The TTR crosses Al Mazrooah Bridge (bridge number 16) and stretches from Al Shamal Road to Dukhan alongside the backside of Umm Salal and Al Rufaa Street. It then intersects with Dukhan Road via a second prefabricated steel bridge that has been developed to ensure the traffic flow.

The TTR then extends until it intersects with Salwa Road crossing the existing bridge and connecting with the Salwa-Mesaieed (Route 55) that leads to Mesaieed and the South.

He said that both prefabricated steel bridges were developed within the framework of this project and consists of more than 2,000 tonnes of structural steel that were manufactured and shipped from the UK to be assembled and installed at the project site. Additionally, a concrete structure consisting of more than 7000 cubic meters of concrete and 1,300 tonnes of reinforcing steel has been built to protect the gas pipelines.

The project also includes the development of services and infrastructure facilities to include rainwater drainage, intelligent transportation systems and streetlights at roundabouts and intersections and on the two steel bridges to improve traffic safety.

According to Al Khazendar, authorities have so far temporarily put up streetlights a few metres before and after roundabouts.

“Some areas yet don’t have electricity, so we used generators for these lights,” he said.

The Salwa-Lusail Road (Temporary Truck Route) is one of the projects implemented by the Roads Department of the Public Works Authority.

Brigadier Marafia said trucks won’t be allowed to overtake on the two-lane roads.