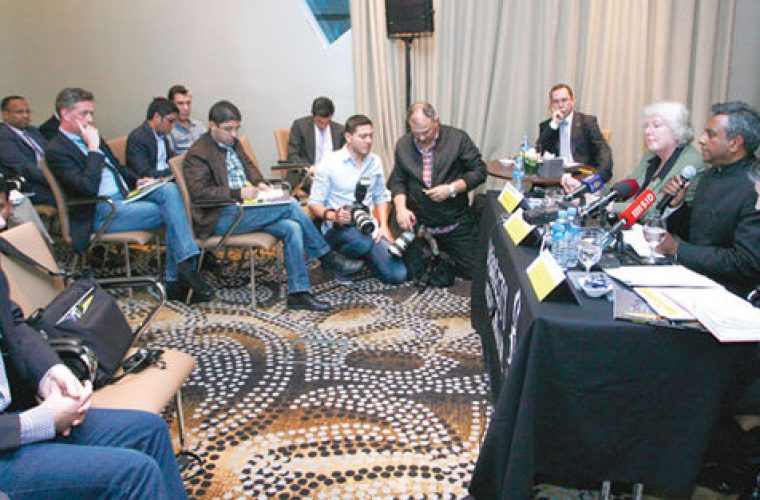 Amnesty International (AI) has said it has time and again raised the issue of the sponsorship (Kafala) and exit permit systems, but no commitment to repeal these have been given to them by the Qatari authorities till date. Secretary-general Salil Shetty said while each Gulf country has its own version of the sponsorship system, Qatar is the only country other than Saudi Arabia that requires workers to obtain exit permits before they go home. The Amnesty officials called for repeal of the current sponsorship laws. Under the title, “The Sponsorship System: A Recipe For Exploitation And Forced Labour”, the amnesty report launched yesterday noted that in May 2012, the Labour Ministry Undersecretary told a Qatari newspaper that there was an intention to “cancel the sponsor system and replace it with a contract between the worker and the employer”. Amnesty International understood from conversations with officials, including the Director of the Search and Follow-up Department at the Ministry of Interior in October 2012, that this referred to a proposal to replace the current system with standard contracts for each worker, which would last for between one and three years; when these contracts expired, workers would be allowed to find work with a new employer if they wished. The report further said that in October 2012, the Qatari government announced the formation of a panel to review the sponsorship law. However, when AI requested for information on the progress of the panel’s work in July 2013, the Qatari authorities allegedly did not provide any further information in their October 2013 response. “Several government officials have told Amnesty International the purpose of the sponsorship system is to ensure a balance between the rights of the worker and the rights of the employer,” it says. However, instead, the system creates an excessively unequal power relationship, in which workers have limited and ineffective avenues open to them if they are being exploited, it has been observed. It said if workers arrived in Qatar to find that they have been deceived about the terms and conditions of their work during the recruitment process, or are subjected to abusive working or living conditions by their employer, the question of whether or not they can change jobs depends on their employer – the very person responsible for their abuse. In contrast, sponsors have the power to prevent their workers from moving jobs, can block workers from leaving the country without needing to provide any justification and have the right to terminate a worker’s employment and have his or her residency permit cancelled by the authorities. “If the expatriate declines to leave the state”, the employer is obliged to report the worker to the authorities for deportation. http://www.gulf-times.com/qatar/178/details/371973/%E2%80%98no-commitment-to-repeal-kafala%2c-exit-permit-systems%E2%80%99

If you have anything you want to share with us, send us an e-mail at con[email protected]!