No Agreement on Oil Freeze at Doha Meeting 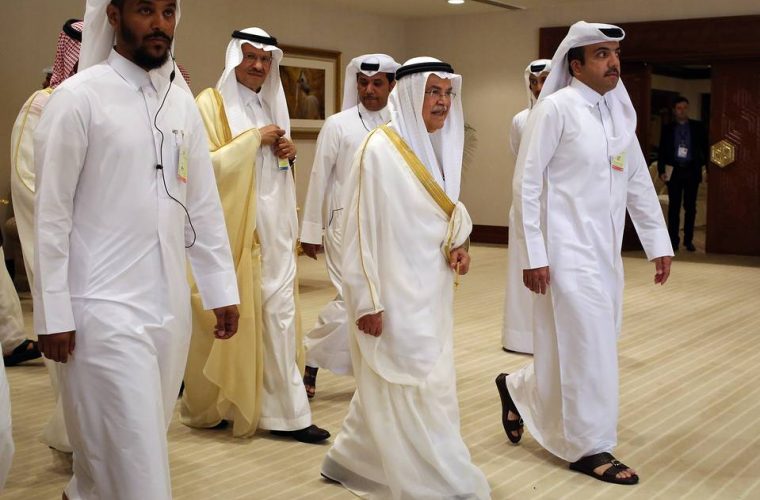 Oil producers that supply almost half the world’s crude failed Sunday to negotiate a production freeze intended to strengthen prices.

The talks collapsed after Saudi Arabia surprised the group by reasserting a demand that Iran also agree to cap its oil production.

Oil prices had rallied in recent weeks on speculation that Saudi Arabia might successfully lead an initiative between members of the Organization of the Petroleum Exporting Countries and Russia, which joined the talks.

A deal would have marked a new level of cooperation between non-OPEC countries and OPEC members that producers hoped would keep prices above January lows of $26 a barrel.

While markets could be disappointed by the failure to freeze oil production in the short term, the longer-run impact could well be blunted by the reality that low prices are already pushing out many cash-strapped producers, making a formal freeze less important.

Energy Aspects, a London-based energy consultancy, recently revised its estimates for global, non-OPEC production declines this year to 700,000 barrels a day, from 200,000 to 300,000 in earlier forecasts. It expects global demand to begin outstripping supply in June, which would draw down swollen crude stockpiles.

Saudi Arabia’s position that Iran join the freeze or there would be no deal scuttled the discussions before they started, participants said, and the meeting descended into sniping and confusion.

On Saturday, the day before the meeting, Saudi Arabia’s powerful deputy crown prince, Mohammed bin Salman, was quoted by Bloomberg News as ruling out any deal that didn’t include Iran.

Other Saudi officials in the delegation had signaled on Saturday evening that the kingdom would consider a freeze without Iran’s participation, and a draft agreement was circulated, according to participants. (Source)