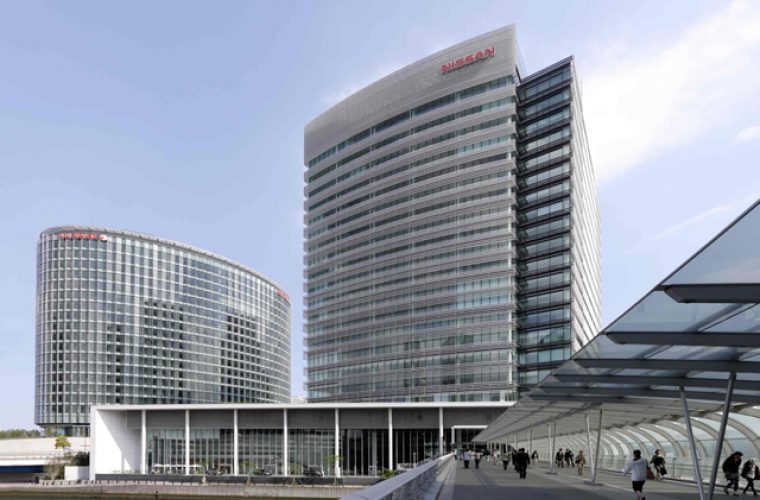 “Nissan delivered solid financial results in the first three months of the fiscal year due primarily to strong demand for our core products in North America and Europe,” said Carlos Ghosn, president and chief executive officer. “Given our on-going product offensive, the benefits of our Alliance strategy and continued cost-discipline, Nissan is on track to deliver its full-year financial guidance.”

During the period, Nissan launched the all-new Maxima in the U.S. and expanded introduction of the NP300 Frontier to Latin America and the Caribbean. The Insurance Institute for Highway Safety awarded the Murano a “Top Safety Pick Plus” vehicle safety rating, and the Sentra was named top Compact Car in the J.D. Power and Associates Initial Quality Study (IQS).

Infiniti improved to the fifth position in the J.D. Power IQS, securing recognition as the largest rank improvement of any brand. All Infiniti models performed above average in their respective segments, and the QX70 and QX80 were awarded top honors in their segments.

Nissan continued to benefit from strong sales of models from the Common Module Family developed within the Renault-Nissan Alliance, the Qashqai, Rogue and X-Trail. Nissan ended the period as best-selling Asian brand in Europe.

In the first quarter Nissan maintained its zero-emissions leadership. Total sales since launch of the all-electric LEAF have passed 180,000 units, and the company continued to expand its presence in electric commercial vehicles with the e-NV200.

On a management pro forma basis, which includes the proportional consolidation of results from Nissan’s joint venture operation in China, fiscal year first quarter net revenue increased to 3.12 trillion yen, up 16.0% year-on-year. Operating profit was up 41.0% versus the same period last year, to 219.7 billion yen, resulting in a 7.0% operating profit margin.

Nissan reaffirmed its global sales forecast for fiscal 2015. With a number of new models in the pipeline, including the Titan pick-up truck in the U.S. and the Lannia sedan in China, the company expects to sell 5.55 million units this fiscal year, up 4.4% and equivalent to global market share of 6.5%.

Nissan also maintained its financial forecasts first issued to the Tokyo Stock Exchange in May 2015. Calculated under the equity accounting method for the fiscal year ending March 31, 2016, the forecasts showed:

Nissan continued to project a full year dividend of 42 yen per share, a 27% increase from the prior year.

1Since the beginning of fiscal year 2013, Nissan has reported figures calculated under the equity method accounting for its joint venture with Dongfeng in China. Although net income reporting remains unchanged under this accounting method, the equity-accounting income statements no longer include Dongfeng-Nissan's results in revenues and operating profit.

2Net income attributable to owners of the parent