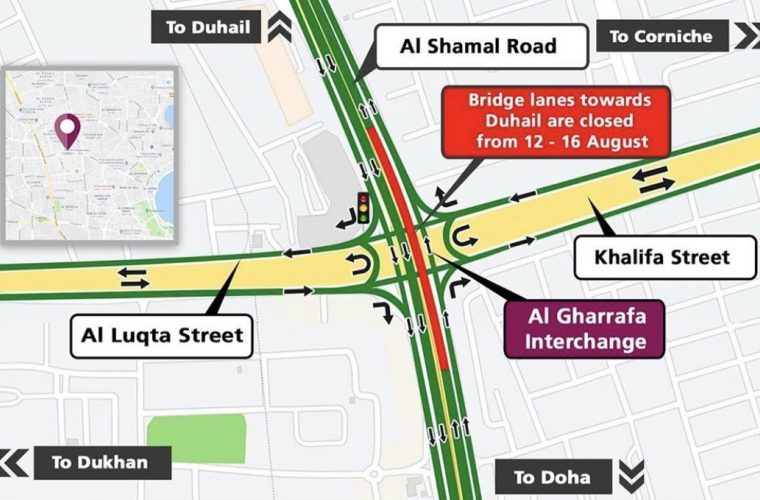 The Public Works Authority "Ashghal" announced Saturday the full opening of Al Gharrafa Interchange, known as Immigration Interchange, to traffic on Friday 9 August 2019, following the completion of the works to convert Al Gharrafa Roundabout into a signalized junction, in addition to the development of parts of the service roads on February 22 Street.

Head of Doha City Section, Road Projects Department at Ashghal Eng. Mohamed Arqoub Al Khaldi, said that the development of the interchange contributes significantly to improving traffic and increasing its capacity, as it is located in an area with high traffic density where large number of vehicles use the intersection on a daily basis. Since this interchange connects Doha with the northern areas of the country and provides easy access to the surrounding areas such Al Luqta, Madinat Khalifa, Al Messila and Al Rayyan, in addition to many service, educational, health, commercial and residential facilities.

Al Khaldi added that the project improved the accesses of the roads surrounding the interchange and developing the service roads on both sides, as well as adding new light poles at the intersection, in addition to the development of 22 February Street accesses in the area between Al Rayyan Intersection and Rashida Intersection, and constructing additional parking on the western side of 22 February Street. The project also included the development of a stormwater drainage system, and the protection of existing services of Ooredoo, KAHRAMAA and others.