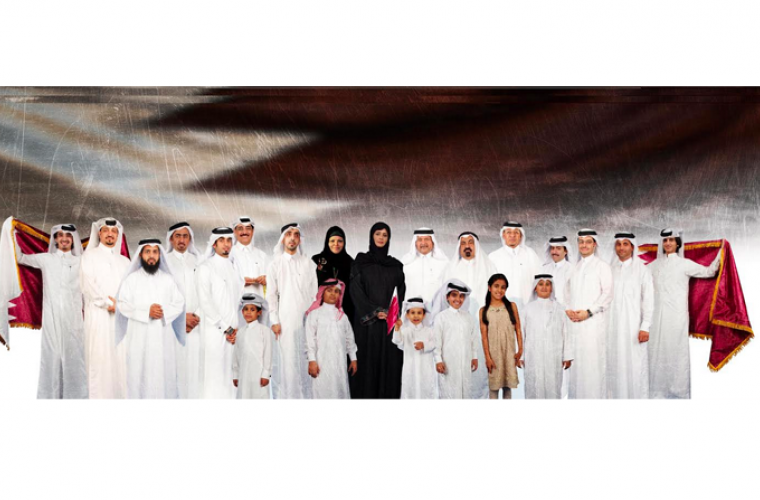 NAMA Center, one of Qatar Foundation for Social Work’s (QFSW) affiliated Centers, has participated in the 2017 International Volunteer Day celebrations, in the framework of its ongoing encouragement of voluntary work and the promotion of community participation, while reaffirming the importance of volunteering as a noble humanitarian value and the need to support volunteers for their pivotal role in achieving comprehensive development in their communities.

NAMA Center is regarded as one of the most prominent social institutions that have contributed to the promotion of a volunteerism culture in Qatar. The Center’s first voluntary work forum was launched in 1998 and was organized by the Center's volunteers, to encourage individuals and institutions to contribute to volunteerism and instilling the meaning and value of voluntary work in the hearts of citizens and residents. In 1999, the Volunteer Award was launched and has been celebrated annually ever since on the International Volunteer Day, which falls on the 5th of December every year. The Volunteer Award aims to promote a culture of giving and nurturing voluntary and humanitarian efforts of individuals, groups and institutions, in recognition and honor of their work, in addition to raising awareness of the role of volunteering in the development of society and motivating individuals and institutions to nurture it. In the framework of the developing and the diversifying its categories, the Center issued in 2003 a circular for the award that was officially announced on 29 June 2004. The Center also conducted studies on volunteer work that included obstacles to volunteering for Qatari women, as well as establishing workshops covering all segments of society such as students, journalists and professionals in the field of social work, in order to develop mechanisms for the implementation of the objectives of the award.

Among the most prominent projects that won the prize was the project of the charitable unit for kidney dialysis at NAMA Center, the Charity Vouchers project, one of the Qatar Red Crescent projects, a Qatar Charity project, and a Qatar Diabetes Association project.

This was followed up with the launch of the National Campaign to Promote Volunteerism (KAFU) in 2009 as a result of the relentless efforts to develop and promote a culture of voluntary work. The award was preceded by a four-month volunteer awareness campaign, targeting schools in particular, in addition to targeting other youth gathering locations such as universities, shopping malls and sports clubs. The philosophy of the campaign was based on two fundamental principles: appreciation of outstanding volunteer work, and the stimulation of every effort that enriches volunteerism and ensures its continuity.

One of the most significant achievements in partnership with civil society organizations in the country is the Qatar Volunteers Network (TAMM) initiative, which is an interactive platform for volunteers that the Center seeks to develop in the coming period.

Continuing its efforts to expand volunteerism and involve the largest number of youth in its various activities, the strategic directions of the Center 2017-2022 included an integrated strategy to promote youth participation in community service and to allow them to develop and interact within the Center's project for the development of social entrepreneurs. The project is implemented through two channels; the “Moqbeleen” project, which was launched to introduce the center's project and attract young people to join capacity building programs to enhance the contribution of youth to civil work and social development, and the “Sama Nama” project, which takes place through multiple stages to develop the capabilities of social entrepreneurs and enable them to design Social projects that the Center provides technical and financial support for. The project outcome includes the development of youth leaders, current and potential, and encouraging them to be active and participate in achieving a better future, and a life full of vitality, giving and contentedness.

Through its “Moqbeleen” project, the Center also seeks to communicate with various community events, especially for youth, to raise awareness about the activities, projects, and developmental services offered by the Center in order to improve the individual's status, qualify them, and support them technically, financially and logistically, so they can jumpstart their careers and achieve economic independence and social stability, towards contributing to the achievement of the Qatar National Vision 2030, which is centered on knowledge-based sustainable economic development.

NAMA Center is currently working on a plan for 2018 for the “Moqbeleen” project, the main pillars of which include organizing various events and activities aimed at attracting more young volunteers to contribute to building society and serving their country.

“The celebration of this day is a great opportunity to continue efforts to expand the voluntary work framework through the launch of new voluntary social development projects and developing existing ones, as well as the dissemination of volunteerism on a larger scale and the recruitment of more young people. It also represents an opportunity to evaluate previous initiatives and the results of volunteering in all fields, in order to improve performance and invest and build on their achievements and successes. I would like to express my thanks and gratitude to all the volunteers, individuals and institutions, for their efforts and perseverance in the service of man and society. I would also like to invite everyone not to hesitate to take the initiative and participate voluntary works available and to establish this noble value in their community and make it part of their lifestyle, as well as a role model to be followed by others.”

It is worth mentioning that NAMA Center, which was established in 1996 by Her Highness Sheikha Moza bint Nasser with the desire to achieve human and social development in the State, aims to provide a stimulating environment that contributes to investing in the potential and creativity of youth, as well as to meet their needs and aspirations as partners in civil work, while exploring the best opportunities and innovating to lead the renaissance of their communities.

"By youth and with youth, we shape our stances toward Qatar"

Since 2013, the center has been working under the umbrella of Qatar Foundation for Social Work (QFSW). NAMA is a member of the United Nations Economic and Social Council (ECOSOC), the Arab Network for NGOs, and the World Family Organization (WFO).