Mystery fish photo goes viral on Qatar social media...What do you think the name of the fish is? 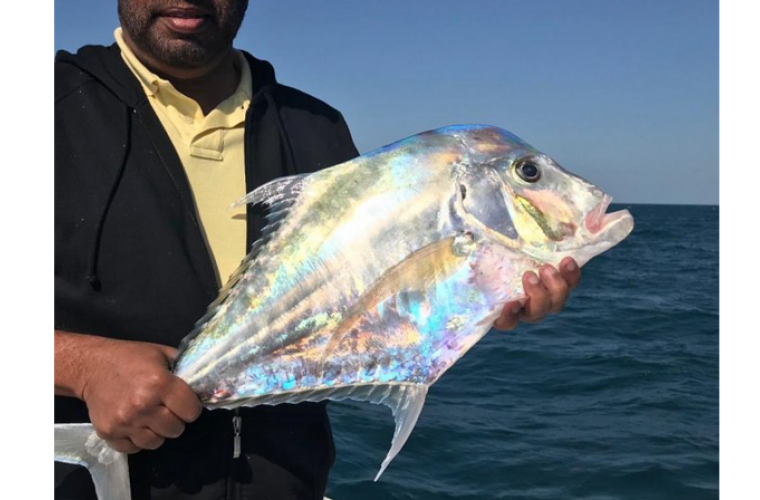 A citizen posted a picture of a fish he had caught while on a fishing trip asking Twitterati if anyone knows the name of the same.

Mubarak bin Zayed Al-Shahwani, legal advisor and an honorary member of the Mental Health Friends Association "Weyak", published the picture on Twitter of a shiny silver fish with the caption: "We fished this one in Qatar, who knows its name?”

The image went viral in no time and was flooded with more than 400 comments trying to identify the name of the slippery one. There was a flurry of names depending on the geographic location of the people who were commenting.

Some people, like a user from Oman, were finding humour in this fishy situation.

"In Oman, we call it ‘Khayat’ and we recommend it with the Omani Kabsa," Suleiman said with a laugh, adding, “give it to me to cook until you find the name."

"The names vary from country to country and from village to village, all the names you mentioned are true: ‘Salah’, ‘Khayat’ or ‘Khyat’," Abdulla al Shehhi tweeted.

As per people commenting on the post, there are dozens of names for this fish and it all depends on where you are located.

Hasan al-Khulaifi added in his tweet that "its name in Qatar is ‘Talaha’.”

The Indian threadfish is similar to the other two species in the genus Alectis, with a slight concavity in the profile of the head the most obvious distinguishing feature. It is a large species, growing to 165 cm and 25 kg in weight.

There are currently three recognized species in the genus Alectis. They are Alexandria pompano, African pompano and Indian threadfish.

Some users were of the opinion that the one in the photo is African pompano, but the picture had more similarities with an Indian threadfish and we have decided to go with unless proven otherwise.

What do you think the name of the fish is?