Mvrs, a Qatar based singer/songwriter talks about his album and the music scene in Qatar 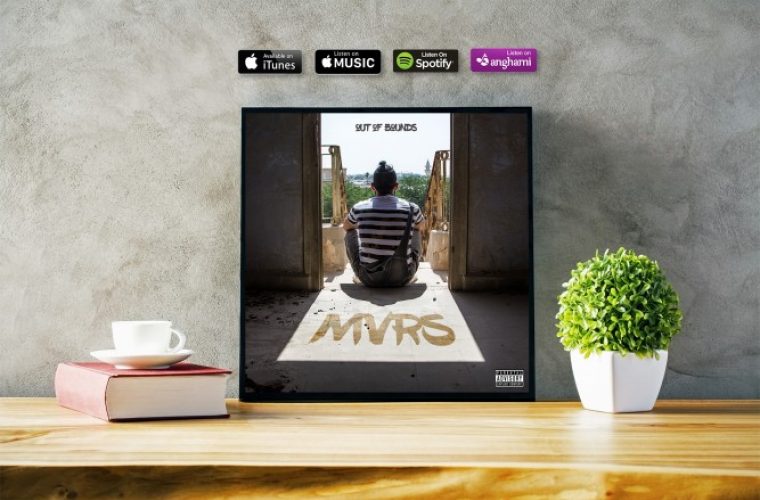 The music and rap scene in Qatar has been growing over the last few years, with new artists emerging from the region, both Qatari and non-Qatari. There has been a constant growth in terms of art and culture which has been encouraging to several artists in the region.

Originally from Alexandria, Egypt, Ammar Abouelghar, also known as Mvrs or Mars, is one such singer, songwriter and rapper based in Qatar. Mvrs, who considers himself a third-culture kid discovered his talent through poetry when he was in middle school, and not long after, was introduced to the world of Hip hop. Having consistently released music and collaborated with other artists in the region, he hopes the rap scene in Qatar will continue to grow. His track, You Make the Vibe, is about how Mvrs believes you make what you can out of your struggles. Check out his song below and read the interview ILQ did with him about his music and the rap scene in Qatar.

ILQ: When and how did you get into songwriting/rapping? What was your inspiration?

Mvrs: It all started around 10 years ago when I was a student in Qatar Academy. We had a poetry chapter in our English class, and I ended up writing a poem that made my teacher tear up in class. At that point, he told me that I had a gift and that I should do this more often.

Not too long after, a friend of mine introduced me to my first ever Hip hop song, which was When I'm Gone by Eminem. I was very impressed by the way he used his words to express his deepest feelings/emotions and blow off steam. As a teenager, that sounded like the perfect outlet.

ILQ: Tell us a little bit about the rap scene in Qatar.

M: As an artist who was born and raised here in Doha, Qatar, I feel a strong and deep connection to the music scene here. I feel like it grew with me. To the point where Trak, a fellow local artist and I were asked to perform in one of the biggest festivals in Abu Dhabi a year ago (Formula F1 Festival). That was a milestone for us, as the first local artists from Qatar to perform outside of Qatar.

Qatar's Hip hop scene has definitely shown growth over the past 10 years, but it has the potential to do so much more. I believe I was among the very first few to pursue Hip hop and put out original content that was created for and from Qatar.

There are a number of younger up-and-coming artists that are trying to do their own thing and that makes me very proud.

I dream of a music scene where affordable studios are available for artists to create music, local venues open their doors to musicians and artists to showcase their work and events are organized where local talent is given a spotlight.

If we could create a “fire station” for musicians or sound-artists, that would be really cool, wouldn't it?

ILQ: You mentioned that your album, Out of Bounds, is about your difficulties as a third culture kid. Can you tell us more about that? What kinds of trials have you faced and how did they inspire you in terms of your art?

M: Out Of Bounds is the story of my life. As an Egyptian kid who was born and raised in Qatar, I used to jokingly get asked this question a lot, "What do you love more, Egypt or Qatar?" While it was not that big a deal back then, the older I grew, the more difficult it became to answer such a question.

By blood and passport, I am Egyptian, but when I go to Egypt, I don't feel like I belong there. I definitely stand out. People can tell that I am not from there, and I constantly get asked "where do you really reside?"

By birth, heart and mind, I am from Qatar. I've lived here my entire life and learned everything I know in Qatar. I studied in Qatari schools, got my degree from Qatar and started my first job in Qatar. When I travel (even to Egypt), I get homesick, and what home do I think of? Qatar.

The album breaks this concept down into a number of aspects from family, friends, trust, love, hate, to ambitions, future goals and dreams.

ILQ: Also tell us a little bit about the featured song, You Make the Vibe. What’s it about and what was the composition process like?

M: You Make the Vibe is one of the lighter tracks on this project. It talks about taking a break from all the hectic trials and tribulations of life, more simply saying, “Despite all your struggles, it is you who decides how you feel." Everyone has problems but you decide whether or not you’re happy. You make your own fortune, you make your own vibe.

It started when a fellow musician from the Bay Area in San Francisco showed me a beautiful piece of music that he had created. I fell in love with how different it was compared to most of the things I'd been writing. I immediately started humming the melody in my head and then the words "everybody got problems" came to mind, followed by "look good, feel good, you make the vibe" and from there, I went on to finish writing this song.

Around the same time, I came across an upcoming Bahraini singer. I immediately reached out to him on social media and told him that he would be perfect on this track. He recorded his part in Bahrain, sent it over to me and I mixed it all together here in Doha. We have since become good friends. When the recent crisis happened, he reached out and asked if my family and I were okay. I think that is another beautiful side to the music, it brings people together.

ILQ: What are your long term aspirations with regards to your music?

M: I want the whole world to hear my story and to see my story. I want to be able to reach out to listeners across the globe with music. Music that not only has a message but also sounds good.

ILQ: Have you/do you hope to collaborate with other artists here in Qatar or in the region?

M: I definitely have and I would always love to.

I’m always the first to reach out when I find a rising artist with good music, or music that I enjoy. No matter how different it is, it doesn't necessarily need to be Hip hop. I’ve reached out to artists from Bahrain, I have featured Y-Kay on my album who's an artist from Dubai and I’ve featured Trak, who's one of the biggest artists in Doha.

I'm currently working on a small EP project with Rosegold; a producer/singer who grew up here in Doha. She's the first female producer I have met here and I think it would definitely bring a different vibe to the mix.

Furthermore, I've recently become very heavily involved in the regional music scene, and it's quite a world out there. There are a number of really talented artists all over the region and they are definitely growing. One of them has recently been flown by Spotify to Canada, to record a feature with Pusha-T who is a huge icon in the Hip hop world.

I plan to collaborate with many more artists in the future to make music that I enjoy and hopefully so will all my fans.

Check out Mvrs' song and let us know what you think in the comments below! Don't forget to give us a like and a share—it keeps us going!