Mowasalat rules out disruption of transport service after blaze 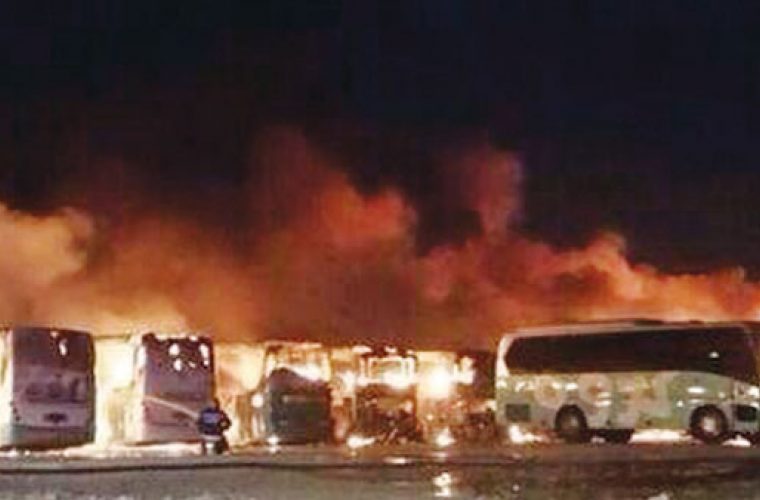 There will be no disruption of public transport service on any route on account of a massive fire that destroyed more than two dozens of buses in the Karwa compound on Tuesday evening. The cause of the fire is still not known.

The incident is being investigated, according to the transport firm’s officials. They said as soon as the fire was sighted, the Civil Defence Department was informed and its personnel battled the flames and put them out in an operation that lasted more than two hours.

The fire, according to a company statement, broke out in a yard reserved for buses that were out of service. Many buses had been parked there for months, it said. Several other buses on service were parked in the nearby slots but most of them were saved as they were moved to safer places.

Several hundreds of buses were parked in the sprawling compound when the fire broke out, sources said.

According to the company statement, all precautions have been taken to ensure that no such incident happens in future.

It said that as many as 26 buses were destroyed in the fire and most of them were vehicles which were out of service. It is understood that among the vehicles destroyed were some school buses.

When contacted, a Mowasalat official said there were chances of a “minor disruption” in the schedules of some of the public buses owing to their non-availability in the next few days.

Yesterday, the buses plied as usual on most routes, inquiries made at the Doha Bus Station found.