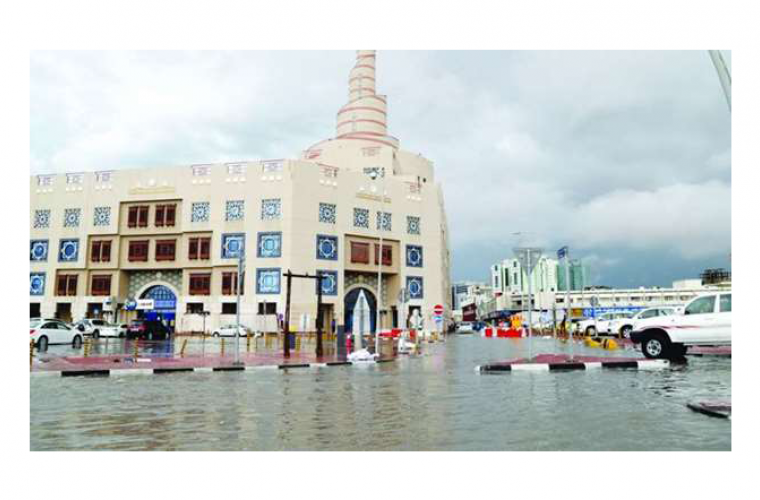 Some areas of Qatar received almost half-a-year's worth of rainfall in just a few hours as thunderstorms struck, AFP reported, citing the Qatar Meteorology Department.

According to a rain chart issued by the department, Shehaimiya in the northwestern part of Qatar received nearly 31mm of rainfall Sunday, compared to the annual rainfall of 77mm in the country.

On their part, the authorities concerned said efforts had been stepped up to clear rainwater from different parts of the country.

Rain emergency teams started removing accumulated rainwater right after the downpour in the State to ensure traffic flow on highways and streets and in residential areas, the Ministry of Municipality and Environment tweeted.

The Public Works Authority (Ashghal) said it has put in place a number of short- and medium-term plans and measures to protect the main areas that had witnessed rainwater accumulation recently. "To ensure the safety of students, parents and teachers, tankers and pumps were distributed near schools that witnessed rainwater accumulation recently," it said in a post on Twitter.

The Ministry of Education and Higher Education said technical reports revealed the readiness of schools to receive students and staff Monday, as Sunday's rains did not cause any damage.

Meanwhile, the forecast says thundershowers are expected in the country Monday along with strong winds in some places. Similar conditions and high seas are forecast in offshore areas.

The wind speed may go up to 40 knots Monday in offshore areas and 30 knots inshore during thundery rain, with the sea level rising to 15ft.