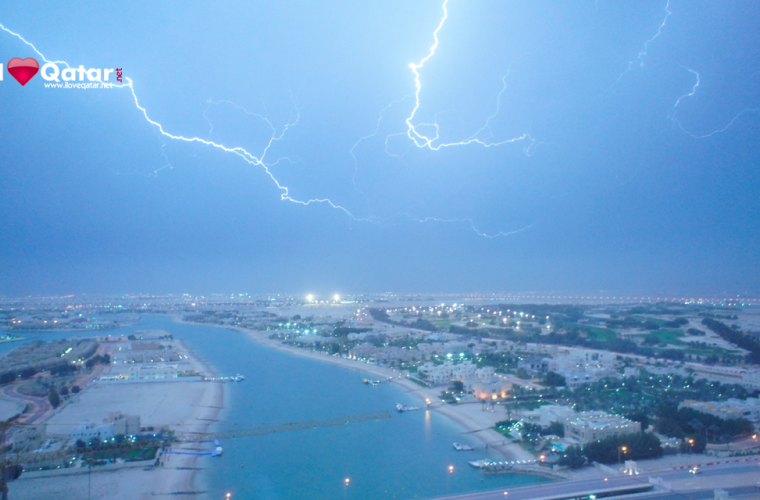 More rainfall is likely in Qatar over the next few days, the weather office has said.
While there is a chance of scattered light rain on Tuesday and Wednesday, thundershowers are expected on Thursday and Friday in some areas, according to the Met department.
The temperature is expected to be around the average level for this time of the year, with the maximum ranging from 29-32C and the minimum from 19-22C.
In a statement, the weather office said a “trough of low pressure in the upper levels of the atmosphere” was expected to affect the country in the coming days.
“The skies will gradually become partly cloudy to cloudy, and there is a chance of scattered light rain on Tuesday and Wednesday,” it noted.
The chances of rain are expected to increase on Thursday and Friday and it may become thundery over some areas.
Easterly to southeasterly winds, moderate to fresh, are also likely during this period - becoming strong during thundershowers, the weather office said.
The Met Department has urged people to remain cautious and avoid sea activities during the thundershowers. It has also advised them to follow latest weather updates and warnings through its official website and different social media accounts.
Meanwhile, moderate temperature is expected during the day on Tuesday along with scattered clouds and a weak chance of light rain in some places. Offshore areas will remain partly cloudy.
The minimum and maximum temperatures in the country are expected to be 18C and 30C, respectively, with the forecast for Doha being 20C and 30C. (Source)