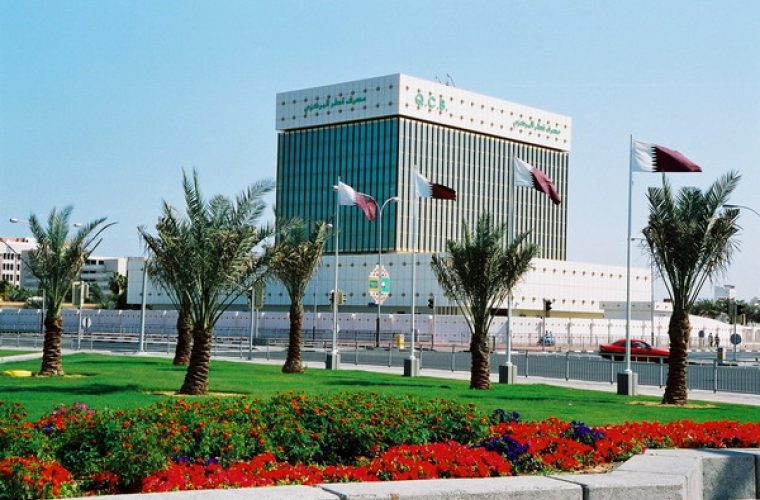 According to a senior Qatar central bank official, Qatar and other Gulf states should consider moving to a more flexible exchange rate from long-entrenched pegs to the US dollar, to better manage inflation risk in the next decade. He cited Singapore’s currency regime as an example that Gulf states could adopt. Gulf countries embraced fixed exchange rate regimes to stabilise their currencies and import low inflation from overseas. But their economic cycles have diverged from the US in recent years as Asia became the Gulf’s dominant trade partner. “We in the GCC need more than an outdated four-decade old simple uni-instrument, uni-tool macroeconomic policy framework,” Khalid Alkhater, Central Bank (QCB) director of research and monetary policy, said in a prepared speech. “This framework was suitable for the earlier stages of development. However, the world has changed,” said Alkhater, who has recently completed a scientific research study on the topic, adding it did not necessarily reflect the QCB’s official view. Alkhater was due to speak at the Doha Forum later last night. Any change to currency pegs to the dollar would be a sensitive issue in the Gulf Arab region, which has strong political and economic ties with the US. Comments diverging from the official line are very rare. Qatar adopted a currency peg after gaining independence from Britain in 1971. It has kept the riyal pegged at 3.64 riyals to the dollar since 2001, when it replaced pegging it to special drawing rights (SDR) used in 1975-2001. A more active monetary policy may now be needed as Qatar plans to spend $140bn on infrastructure, partly to prepare for hosting the 2022 World Cup soccer tournament. As the World Cup draws closer, Qatar’s fiscal spending, its only policy tool, may become difficult to restrict due to the tournament building commitments and pre-planned diversification programmes, Alkhater said. “We could potentially face a threat of a buildup of inflationary pressures over the next 10 years. Hence, we need additional macroeconomic stabilization instruments, namely monetary policy and exchange rate,” Alkhater said. Inflation in Qatar climbed to 3.7% on an annual basis in April, the highest level since at least 2009, fuelled by rising rental costs. Bank credit expanded by 32% on average last year, the fastest rate since the global crisis started in 2007/8. “If we are left out with one policy instrument (fiscal), and if that policy instrument is rigidly fixed then this factor (rigid fiscal policy) along with the newly added potential challenges posed by the shale fuel production, merit a consideration for more flexible exchange rate policy,” Alkhater said. The International Monetary Fund expects Qatar’s inflation to edge up gradually to reach 5% in 2017 and 2018. Qatar, the world’s top liquefied natural gas exporter, had already been questioning merits of the peg in 2008-2009. In 2008, the adviser to HH the Emir Sheikh Hamad bin Khalifa al-Thani had called for the peg to be abandoned as Qatar reeled under a record 15% inflation. But as capital flows dried up, the QCB was able to break free from tracking US interest rate cuts despite the peg, slashing inflation and stabilizing the money market rate. Adviser Ibrahim al-Ibrahim also said in 2009 that oil producers should be more willing to discuss the viability of dollar pegs as the greenback slid to 15-month lows against a basket of currencies. “Instead of being targeted and hence stripped of your policy toolkit, the exchange rate itself can be used as an economic policy instrument to combat inflationary pressures,” Alkhater said, adding that would also allow the government to have more room for spending with less worries about inflation. He cited the example of Singapore’s currency regime — whereby the Singapore dollar trades against a basket of trading partners’ currencies in an adjustable band — as an inspiration for Qatar as well as Saudi Arabia, Kuwait and Bahrain, which plan to form a currency union in the coming years. “We could have a model that is suitable for us which may consist of a basket of not only our trading partners, but also financial partners’ currencies, since our revenues in foreign currencies are now more diversified than before, in addition to the oil price as well,” Alkhater said. “The Singaporean experience has proven to be successful in anchoring expectation and maintaining low and stable inflation. Therefore, it is not only viable for a small-open economy to have a flexible exchange rate and independent monetary policy, but it is also sometimes desirable,” he said. Out of six Gulf oil producers only Kuwait does not peg its currency to the dollar. The Kuwaiti dinar trades against a basket of undisclosed key trading partners’ currencies after Kuwait dropped its dollar peg when inflation shot up in 2007. However, the basket is believed to be heavily dollar-dominated. Source : Qatar Chronicle