MoI to Stage 5 Mega Events on Eid for Expats 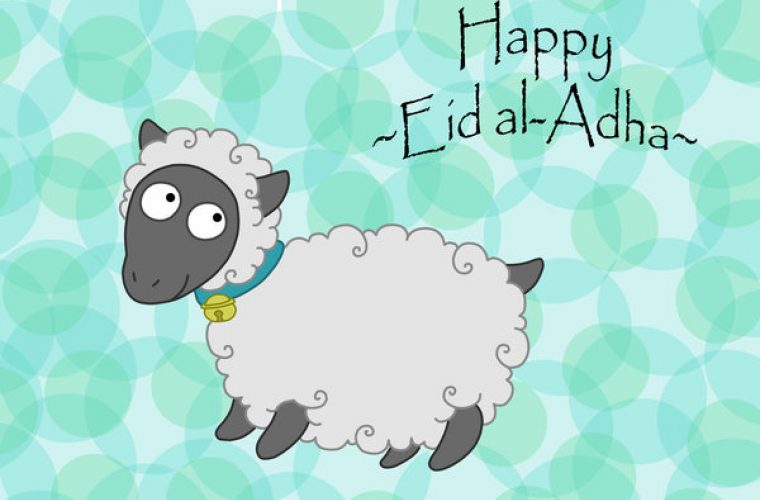 The Public Relations Department of the Ministry of Interior in association with different community groups is all set to organize 3-day mega cultural, entertainment events during 24-26 September in Doha And Al Khor for the expatriate communities on the occasion of Eid Al Adha.

This was announced by Brig. Abdullah Khalifa Al Muftah, Director of Public Relations Department of the Ministry of Interior during a press conference held at the Officers’ Club in Civil Defence headquarters in Doha today 23, September 2015.

'In the framework of enhancing partnership with community and as a part of social responsibility of the Ministry of Interior, we have been organizing various programs for communities on different occasions of national ceremonies and celebrations. This year's Eid celebration for communities is more comprehensive as we are organizing separate programs for different communities in different venues in order to make the participation of community members more active and wide. I am so delighted to see the community organizations are very keen to cooperate with Ministry in organizing these programs for their community members' said Brig. Al Muftah Speaking in the press conference.

The mega cultural event in Al Khor for the Al Khor, Ras Laffan and Nepalese communities will be held on 24 & 25 September, the first and second days of Eid at Barwa Workers Recreation Complex in Al Khor Industrial Area from 5pm – 10 pm. There will be an array of cultural extravaganzas with variety of performances by artists from different communities. Traditional dances and songs, semi classical dance, Bhangra and Folk dances and Energetic Fusion performance will be the highlights of the events. Programs in Hindi, Tamil, Malayalam and English will be performed during the events. In addition to this, the Orchestra troops 'Singing birds' and 'Sariga' will be performing on first and second days of Eid respectively.

The MES Indian School Open Theatre in Mesaimeer will host the cultural and traditional events for Indian Community on Thursday 24, September (First Eid day) from 5 pm – 11 pm. There will be a variety of cultural shows like Bhangra dance, traditional dances, Panjari Melam, thematic show on Qatar-Indian relationship and songs in different Indian languages by popular singers in Qatar from 'Sariga orchestra troop'. This event is organized in coordination with Kerala Muslim Cultural Centre and MES Indian School.

The Eid celebration events for the Sri Lankan community will be held on Thursday, 24 September from 5 pm – 10 pm at Sri Lankan School near Midmac Roundabout in Doha. The cultural events to be performed by Sri Lankan community include soft music, Baila songs and songs by Gayan, Evens and Priyantha in Sinhala and other languages together with traditional dances by school students.

The Pakistani community Eid celebration will be held at Wakra Sports Club indoor football stadium on Friday, 25 September (Second Eid Day) from 5 pm – 10 pm. A variety of cultural and musical shows will be performed by well-known artists and singers from Pakistan such as Afshan Zebi, Noorjahan and Usman Bangesh who is based in Dubai will perform in Urdu, Pashto, Punjabi, Persian, Balochi and Saraiki languages. A special comedian show will be performed by the Paksitani popular comedian Khawaja Masood.

The events for the Bangladeshi community will be held on Saturday 26, September (third day of Eid) at Wakra Sports Club Indoor Stadium. Traditional dances and songs in different languages will be performed by popular Bangla artists.

Concluding the press conference, the Director of Public Relations Department Brig. Al Muftah invited all expatriate community members in Qatar including the workers and employees of companies and their families to participate in the events of the Ministry in which the entry is free and there are separate area for families to enjoy the program calmly and peacefully. The audience will be given prizes through a raffle draw. 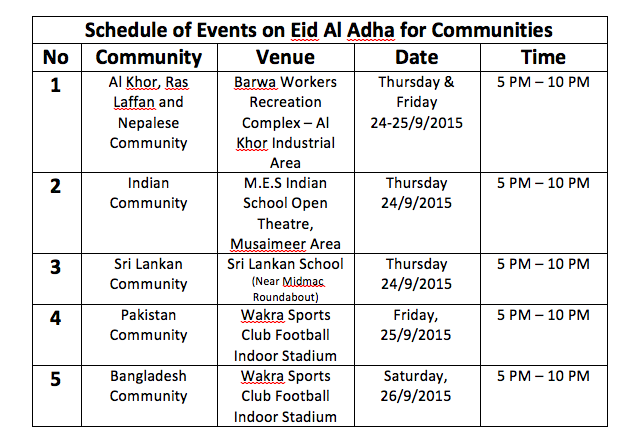