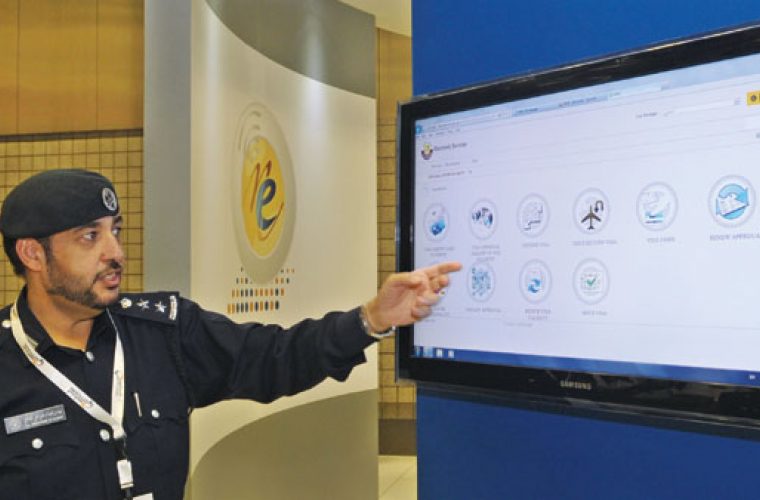 The Ministry of Interior (MoI) is expecting an increase in the number of people that will avail of eGovernance services, such as visa applications and the processing of other residency-related needs, following the launching of the MoI’s new online programme at QITCOM 2014.

MoI assistant director of Information AND Research Department Colonel Abdul Rahman al-Malki said the MoI has a daily average of 50,000 subscribers utilising the agency’s 70 services available on both its website and smartphone application (app) named Metrash 2.

While visa-related services have been previously available on the Metrash 2 mobile app, Colonel al-Malki said accessing it via the MoI website will make it easier for the general public, specifically Qatar-based companies, to facilitate processing of official documents.

He noted that companies, particularly those with a large workforce, prefer to process employees’ information in their office computers or laptops rather than through mobile smartphones or tablets.

Colonel al-Malki also stressed that the information supplied by an individual or company end user is safe from hacking, cyber threats, and other forms of online intrusion.

For end users accessing the MoI website, a smart card provides the authentication and security of the supplied information.

“Only the user with a smart card can view the information provided or accessed in the website,” al-Malki said.

The security features are found in the “certificates” embedded into the card. The cards, including the dedicated card reader are readily sold in malls, he added.

When accessing the services via Metrash 2, Colonel al-Malki said an SMS sent to the MoI will provide a dedicated code to assure the confidentiality and security of the information coming from any end user. To receive a code, type M2R plus the QID number and expiry date of the card and send it to 92992.

Aside from the MoI website and Metrash 2, Colonel al-Malki said the general public can also access the MoI’s eGovernment services at self-service kiosks located in certain malls.

He noted that the MoI has shifted to development of mobile technology since the agency introduced Metrash 2 to the public two years ago.

Colonel al-Malki believes that QITCOM is the appropriate venue to showcase the strength of the MoI in terms of information and communications technology considering that it is Qatar’s largest gathering of ICT industry players and stakeholders.