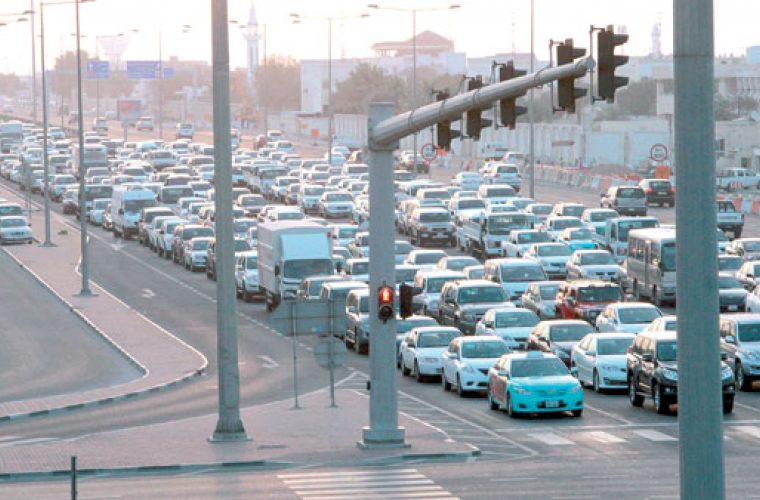 The Ministry of Interior's decision forms part of its efforts to encourage motorists to abide by the traffic laws.

The Traffic Department at the Ministry of Interior (MoI) has announced a 50% discount on all traffic violations registered prior to December 31, 2015, on condition that the payment is made during January 8-April 7.

According to MoI's official website, the discount is applicable to all traffic violations incurred through various means, including radar and those issued by traffic patrols and personnel, in addition to impounded vehicles.

Those who desire to benefit from the initiative can make the payment through MoI electronic services, Metrash2, MoI self-service apparatuses at various malls and MoI service centres around the country.

The MoI decision forms part of its efforts to encourage motorists to abide by the traffic laws for their safety and avoid the negative consequences of traffic violations.

The move was hailed by many people in the country, who voiced their appreciation for the "gracious initiative" through various means of social media. But some felt it to be discriminating against those who paid their fines promptly.

The number of traffic violations exceeded 1.5mn from January to November 2015, according to recent government figures.

The latest gesture comes in the wake of the amended traffic law that provides for stiffer penalties for offenders coming into effect on December 31, 2015. The new provisions came into force after the Traffic Department finalised the executive regulations of Law No 16 for 2015, which amended some provisions of Traffic Law No19 for 2007.

Law No 16, issued by HH the Emir Sheikh Tamim bin Hamad al-Thani in Audicapped has been raised from QR500 to QR1,000. The same applies to overtaking from the right.gust last year, seeks to come down heavily on different types of traffic violations - such as speeding and illegal parking - through the imposition of heavier penalties.

Under the new rules, the fine for parking vehicles at slots reserved for the han

Article No 3 of the new law stipulates that the licences of motorists who exceed the speed limit will incur negative points on a proportionate basis.

A driver who exceeds the speed limit by 30km/h will incur one negative point and those by 40km/h two points, 50km/h three points and 60km/h four points. Also, parking at slots reserved for the handicapped will incur three negative points.

To prevent motorists from leaving their cars at non-designated spots, Article 82 states that vehicles should not be left on public roads in a manner that may endanger the lives of others or their property, or delay or impede traffic movement.

As per the new rules, motorists who are fined for flouting traffic laws can get a 50% reduction on certain offences if they pay up within 30 days of the violation being registered.