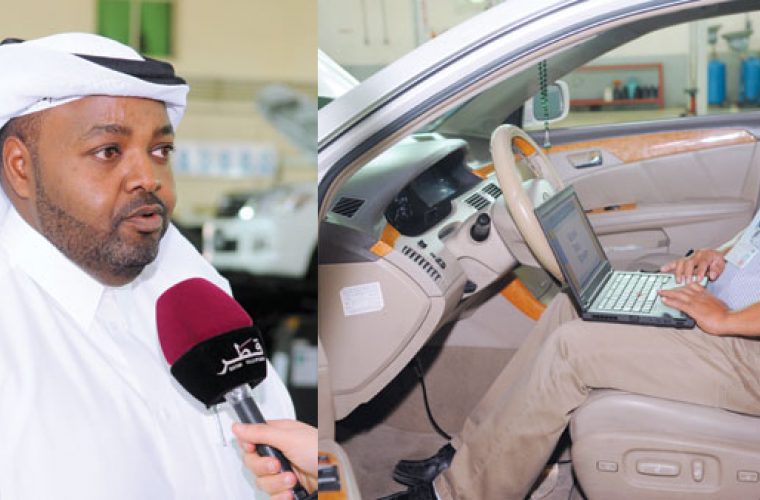 A team from the Ministry of Economy and Commerce (MEC) yesterday visited the Toyota Abu Hamour Service Centre to follow up the installation of the new Smart Stop System in some models of Toyota and Lexus vehicles.

This is the third phase of the free campaign and covers 2,256 Toyota Avalon cars sold during 2007-2011 in Qatar. The campaign, which started in January will last a year-and-a-half.

The campaign also covers some 44,000 vehicles which Lexus models including ES, IS and RS, Toyota Avalon, Camry, Corolla, Sequoia, Land Cruiser and RAV4.

The Toyota dealer in Qatar will announce through local media the time and location to install the system in the vehicles.

The director of MEC’s consumer protection and anti-commercial fraud department Yusuf al-Suwaydi supervised the launch of the third phase yesterday at the service centre.

He said the MEC is keen to protect the rights of consumers and ensure quality after-sale services.

He said the ministry has a special unit for defective products and carefully reviews manufacturing defects in any products including cars, electronics, furniture and many other categories.

“Our team constantly and closely follows up the market and if any manufacturing defect is seen in any product, we make sure that a recall campaign is conducted by the authorised dealers to fix it in time,” said al-Suwaydi.

Regarding the recall campaign to install the Smart Stop System, the official said Qatar is the second country in the region after Saudi Arabia to undertake it, though no reported defects have been registered in the country so far. He also praised the co-operation of Toyota dealer Abdullah Abdulghani & Brothers (AAB) Company.

Al-Suwydi said that MEC has introduced three offices at the service centres of Toyota, Al-Jaidah and Al-Mannai to handle any customer complaints and resolve them accordingly.

“Many of such offices will be introduced at other auto dealers until we cover them all,” he said.

Radwan Youssef, AAB’s director of customer relation management for Toyota, said Toyota vehicles sold in Qatar came with original parts from the manufacturer and there have been no reported defects in them so far. He explained the new system is only a software to be installed in the car with no mechanical works involved.

“It is only an enhanced safety feature, so in case something wrong happens to the acceleration, as soon as the motorist touches the brakes pedals the system works automatically to stop acceleration and reduce speed accordingly,” said Yousef.

Ayman Murad, manager for Toyota at Abu Hamour Service centre, said it takes around 15-20 minutes to install the new system in Avalon cars.

“Customers on the data base of the company are contacted through SMS and phone calls and given a specific time and date to bring their cars to avoid any unnecessary waiting. We usually handle around six cars a day. If the original owner has sold a car covered under the recall, the new owner can also have the system installed free,” Murad added.