Military service for women under study 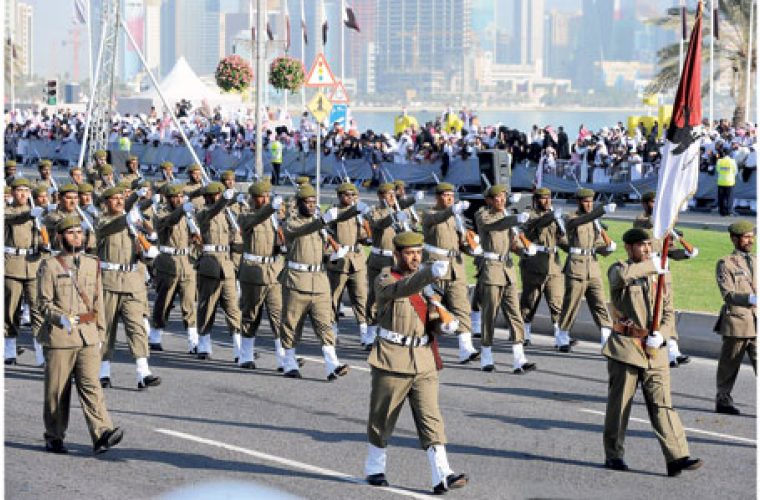 A study is under way on including Qatari women in the country’s military service programme, a senior armed forces official said yesterday, even as registration of Qatari male graduates for mandatory military service is set to begin on February 23.

A decision on military training for women will be announced once the study is over, said Major General Mubarak Mohammad Al Kumait Al Khayarin, Commander of Qatar Emiri Air Force and Head of National Service.

Taking into consideration Qatari traditions and values, women will not be put through tough military training. Instead, they will be assigned to security organisations and given social, cultural and medical roles, Al Khayarin said at a press conference to announce the start of the compulsory military service programme.

The first batch of up to 2,500 graduates of universities and secondary schools will start their training on April 1 this year.

Citizens exempted from military service include those declared unfit in their medical report, those who are the only child of their parents, and those caring for children of martyrs, said Al Khayarin.

Those who are employed will get their full salary during their military service and the unemployed will also be paid, with the amount to be announced later, said the official.

Military service will start with general training, after which trainees will be assigned to military units according to the requirements of the General Command of Armed Forces. They will receive further training and be deployed in specific places as per the needs of the armed forces and security agencies.

The first batch will include some 500 university graduates and 1,500 to 2,000 graduates of secondary schools.

Training during the military service will not be of the same level as that for students at Ahmed bin Mohammad Military College, said Brigadier General Mohammad Misfar Al Hajari, Commander of Students Training Center.

Along with military training, the programme of military service includes religious and cultural lectures in the field of civil defence, ambulance, the environment and preventive measures.

There is a system to notify and call citizens to join military service, said Major Abdullah Isa Al Kuwari, a senior official at Legal Affairs Department.

The Supreme Education Council (SEC) will send the names of the students entitled for military service.

Citizens who fail to join military service and cross the maximum age limit of 35 year will be jailed for up to one year in jail and fined QR50,000.