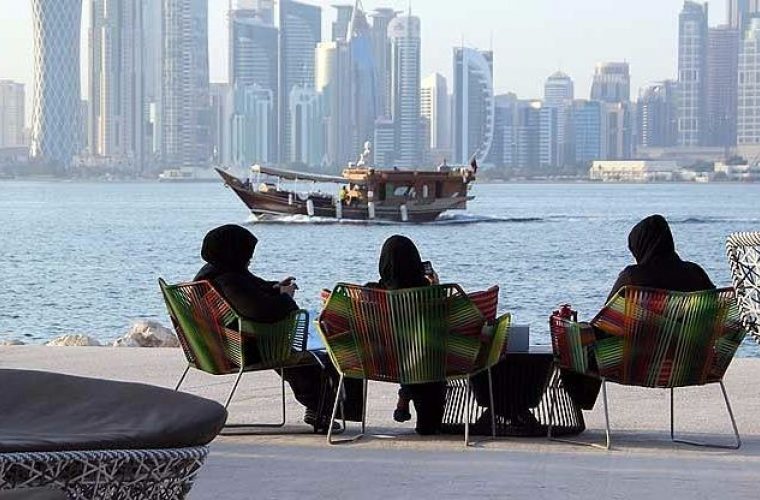 The hugely popular Museum of Islamic Art (MIA) Park will now be open round-the-clock. MIA Park made the announcement on its Twitter account on Tuesday morning saying “MIA Park lovers rejoice, as of today MIA Park will be open 24/7.”
The play area, which has become a popular place for many children, will be open 24 hours while its Café Kiosk will operate from 11am to 11pm.
Children between two and 10 will be allowed to play but those under 10 should be supervised by an adult, according to its website. Bikes, as well as smoking in the area, are strictly prohibited.
The MIA Park is one of the best attractions of its kind in Qatar, drawing a large number of visitors, especially during the weekends.
The MIA Park’s small hills and green lawns overlooking the Doha skyline offer a “perfect environment” for families as well as individuals to simply unwind or engage in football and other games, picnicking and sightseeing, among others.
Major events in the country are also held regularly at the park such as the Qatar International Food Festival, which attracts a large number of local and foreign visitors.
The park also hosted a number of activities during the Qatar National Sport Day in February.
A lot of children also find the park “hoverboard-friendly” because of its well-built walkways. These toys had been banned in most of the malls and other business establishments across Qatar.
Other physical activities such as biking and skateboarding for all ages seemed to be a usual sight at the park.
“Adjacent to the museum is MIA Park where you can stroll, participate in activities or just gaze at the Doha skyline from the best vantage point in the city,” the MIA Park website states. “MIA Park is the perfect place to take a stroll or for your children to run around in complete safety.”
But the park announced that its parking area will be closed due to maintenance and ongoing improvements “until further notice.”
In addition, MIA park prohibits some activities such as swimming, fishing, barbecue, open fires, bringing animals, and smoking in café and seating areas.
It also reminds visitors to properly dispose wastes at trash bins. (Source)