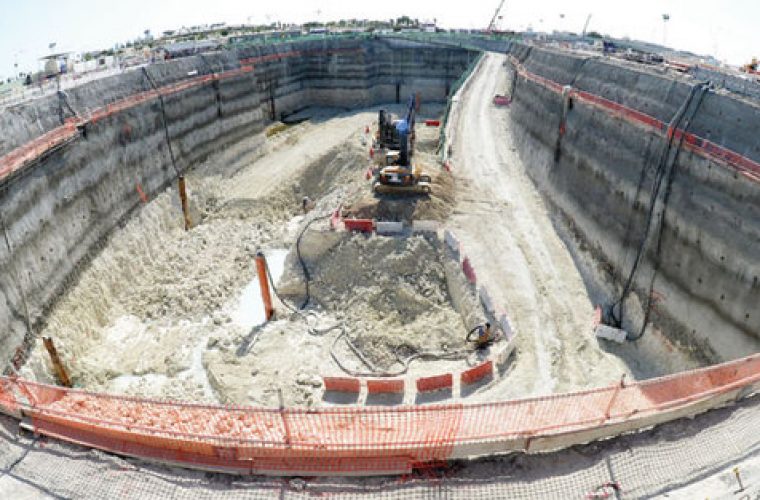 The Qatar Rail Development Programme will offer time-saving and environment-friendly transportation solutions, Qatar Rail Company (Qatar Rail) CEO Saad Ahmed al-Muhannadi has said. For instance, the time taken to travel from Msheireb to Al Rayyan Stadium will be 23.5 minutes by the Metro as compared to around 39 minutes by car, he explained. Also, the Metro will help save around 2.8kg of carbon dioxide emission (for the same distance) – enough energy to light a lamp for 850 hours. Commuting from Msheireb to Qatar University takes 28 minutes by car. By the Metro, it will take 18 minutes and also help save 1.9kg of carbon dioxide, enough to operate a television set for 200 hours in eight days. Similarly, a trip from Msheireb to Education City takes 28 minutes by car and causes the emission of 1.8kg of carbon dioxide. The same distance can be covered in 16 minutes by the Metro, it was pointed out. Besides boosting transportation, the Qatar Rail network can generate over $38bn in potential revenue, according to forecasts. The projects are expected to generate revenue through three main modes: ticket sales, which will be sold at reasonable rates; rent and investment in real estate for retail outlets; and advertising, thereby creating a variety of jobs for the Qatari private sector. “Whether through construction, design or other complementary and accompanying works, Qatar Rail has provided the private sector with a great deal of business and labour opportunities through its developments,” said Abdullah bin Abdulaziz Turki al-Subaie, managing director of Qatar Rail. Hamad Ibrahim al-Bishri, Qatar Rail deputy CEO and chief programme officer, said the Doha Metro network would consist of four lines extending to 354km across the Greater Doha area, connecting the city’s two central points with larger commercial, residential and dynamic areas in Downtown Doha, operating underground in busy areas as well as on and above the ground level in the suburbs. The network has more than 90 stations, two of which will be central and located in the city at Msheireb and Education City. The Metro network will comprise the Red Line (Coastal Line), which will cover Wakrah city, Doha International Airport, Msheireb, Katara, The Pearl-Qatar and Qatar University routes; Gold Line (History Line), which will connect the airport’s northern part with Souq Waqif, Msheireb, Bin Mahmoud, Al Sadd and Al Waab; Green Line (Education Line), which will connect Education City - the centre of Qatar’s educational projects and achievements – with Msheireb and Hamad hospital; and Blue Line (City Line), a semi-circular line that will connect residential and commercial areas in the West Bay and the northern part of Airport City with the main C-Ring Road. Additionally, the network will connect the Red, Gold, Green and Blue lines with each other, which will be implemented in two phases. The Doha Metro project will cater to the requirements of the growing population of Qatar and the Red Line - South will link Doha to Msheireb, which will be a central station and the intersection point for different Metro lines. It will also operate underground in the centre of the city. The Red Line will link Downtown Doha to the business hub in West Bay, going underground to reach the new Lusail city, while its southern extension will connect Doha to the centre of Msheireb. The Gold Line will connect Hamad International Airport with Qatar’s new national museum, Msheireb central station and the heart of Doha. Meanwhile, the Green Line will transport passengers to football stadiums that will be built in preparation for the 2022 FIFA World Cup. The Doha Metro project will be carried out in two stages. The first one, scheduled to be completed in 2019, involves the establishment of 37 stations. Msheireb station, located in the heart of Doha, will be the Metro network’s headquarters and the intersection point for three of its four lines (Red, Green and Gold) – covering 84km (underground, above ground and on the ground levels). In the future, al-Bishri explained, the Education City station will serve a dual purpose - linking the Green Line to the Long-Distance Passenger Rail in addition to its current trajectory. The project’s second phase, extending 152km (underground, above ground and on the ground levels) and encompassing nearly 56 stations, will be delivered by 2026. http://www.gulf-times.com/qatar/178/details/374701/metro-will-offer-time-saving-eco-friendly-transport