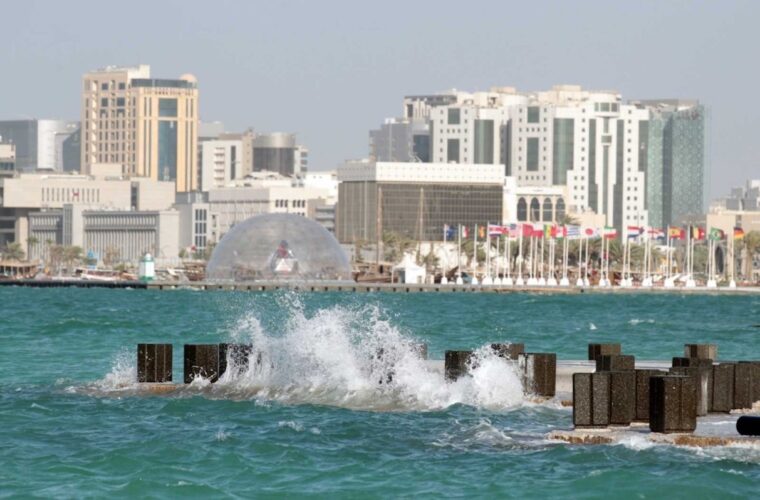 The Qatar Meteorology Department issued a marine warning via a tweet on 25 September 2022 stating that high tides and strong winds are expected to occur until 29 September 2022 (Thursday).

As per the warning, winds are expected to blow in the northwesterly direction with gusts reaching up to 30 KT.

They also warned that the tidal waves are expected to reach between 3 to 7 ft, potentially rising up to 10 ft.

The department has urged the public to avoid all marine activities during the stated period.