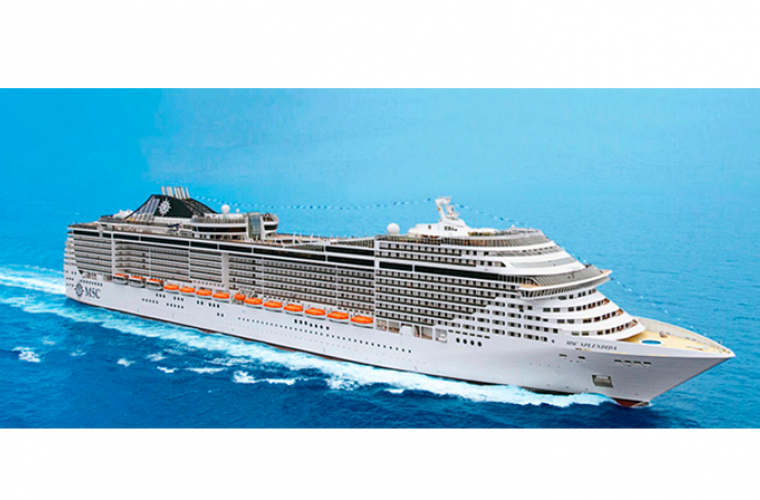 Qatar achieved another milestone in cruise tourism on Thursday, welcoming more than 4,000 tourists on board the mega ship MSC Splendida, the Qatar Ports Management Company (Mwani Qatar) has said.

Doha Port recorded the largest number of cruise tourists arrival per ship till date through MSC Splendida with more than 3,700 passengers and 1,314 crew on board in yet another landmark for cruise tourism in #Qatar, Mwani Qatar said in its tweet.

The mega ship made its maiden voyage to the country on December 20, 2017, which was welcomed by a delegation from the Qatar Tourism Authority (QTA), Mwani Qatar, Hamad International Airport, and the Ministry of Interior’s Immigration Department.

QTA noted that MSC Splendida, the second member of the MSC Cruises family to visit Doha, is scheduled to make four more calls throughout the 2017/18 cruise season – January 25, February 15, and March 8 and 29.

MSC Splendida is one of MSC Cruises’ most modern and elegant ships.

Measuring 333m in length, 66m high (equivalent to three football fields), and with 13 passenger decks, it is considered the largest ship to enter Doha Port.

MSC Splendida and Mein Schiff 5 are among the new ships making their maiden calls to Qatar.

Seabourn Encore also entered the Doha Port in November last year with 600 passengers on board – the first of the 21 cruise ships expected throughout the season.

QTA is also in talks with major European cruise liners to share the latest developments in Qatar’s tourism industry, including the ongoing redevelopment of Doha Port into a permanent cruise terminal and tourist hub.

Once development projects are complete, cruise tourism in the country is projected to attract more than 500,000 visitors and generate QR350mn annually by 2026.

Cruise passengers can enter the country with ease through Doha Port’s disembarkation procedure, allowing them to leave the ship and begin enjoying their day-trip within an hour.

Qatar offers an array of tours and activities such as desert safaris, city and cultural tours, shopping, and traditional dhow boat cruises, among others.

Apart from Souq Waqif, Museum of Islamic Art, Katara – the Cultural Village, and The Pearl-Qatar, it is learnt that a tour to the Al Zubarah Fort, a Unesco Heritage site, is witnessing an increasing number of cruise visitors. (Source)