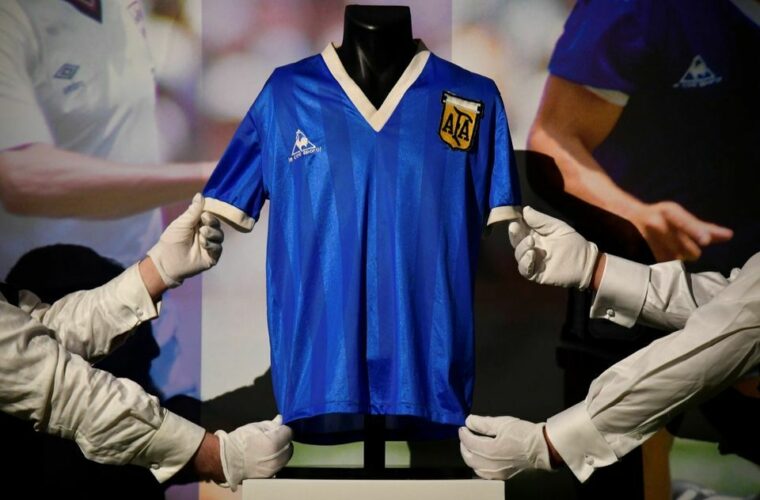 According to a report by Reuters, the jersey worn by Diego Maradona during his iconic "Hand of God" goal headlines the 'World of Football' exhibit at 3-2-1 Qatar Olympic and Sports Museum until 1 April 2023.

Maradona's "Hand of God" jersey was previously sold at an auction for USD 8.93 million and is on loan to the museum for the exhibit.

The blue jersey was worn by Diego Maradona in the 1986 World Cup quarter-final match of Argentina vs England. During the second half of the match, Maradona makes a goal by punching the ball into the net putting his team ahead on the scoreboard, a controversial move that went down in history as the "Hand of God" goal.

Diego Maradona is highly regarded as one of the world's best football players and recently passed in November 2020.