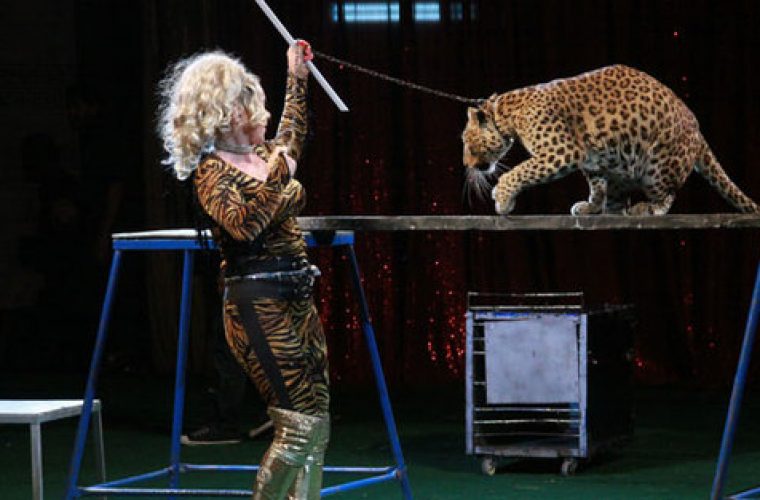 Hyatt Plaza has stopped all shows of the Royal Circus after a five-year old Qatari boy was attacked by a leopard cub soon after a performance on Saturday. The boy was injured in the attack and has been undergoing treatment at the Hamad hospital. Feroz Moideen, general manager of Hyatt Plaza, said the mall management could not accept such incidents happening on its premises and “we have asked the organising company, Global Entertainment, for an explanation of the incident.” He also stressed that the shopping mall was only providing logistic support to the organisers under contractual obligations. “The mall has informed Global Entertainment the end of any such agreement and they would not be able to use Hyatt Plaza premises for their performances anymore.” According to witnesses, the boy, along with his mother, came close to the cub to pose with it for a picture. “The cub was being held by its Russian trainer. The leopard was between the mother and the boy and suddenly it jumped over the boy and bit his shoulder. Immediately, the people around grabbed the leopard and disengaged the animal from the boy.” Qatar Red Crescent (QRC) paramedics, who were around, hurried to give first aid to the boy, who a source said was around 6 years old. Fouad Shadqan, marketing manger of Hyatt Plaza told Gulf Times that an ambulance of the QRC is always stationed by the circus tent. “We went with the boy to the hospital and spent the whole night with him and his family. Doctors said that the condition of the boy is stable, the wound was stitched and he was given some antibiotics and he is still under treatment.” Shadqan pointed out that it has been a regular practice by the organising company to let people pose for photos with the leopard cub and its trainer before and after the show, just outside the court. No such mishap or incident has happened before. He further affirmed while the organising company would no longer be allowed to perform at the place, it has been asked to submit a full detailed report about the incident. The circus has been running at the mall compound since October 15. http://www.gulf-times.com/qatar/178/details/373367/mall-stops-circus-after-leopard-cub-attacks-boy