Major infrastructural works to start in Mathar Qadheem this week 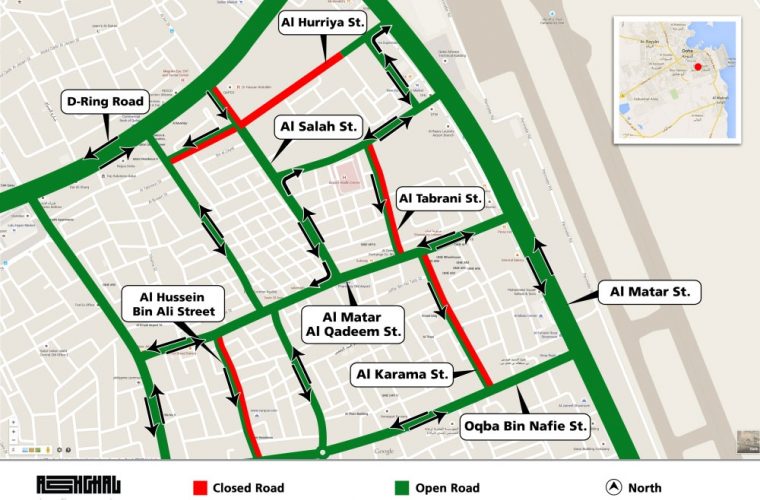 Qatar's Old Airport (Mathar Qadheem) area, a popular residential as well as commercial zone, is all set to undergo a massive infrastructure and road development programme from Saturday.

"Apart from setting up signal controlled intersections between Al Hurriya and Al Salah road, a major revamp of the locality's drainage infrastructure is also expected to take place as part of the works to be carried out there," an official explained.

The works envisage some significant changes in the physical infrastructure of the Mathar Qadheem area. The infrastructure of some of the streets will receive a major boost with the addition of pedestrian paths, parking lots and sidewalks.

The project is also to include the development of infrastructure, including drainage, surface and groundwater networks and better street lighting.

During the first phase of the works to be carried out on five streets, only one-way traffic would be possible, as one of the two tracks would be closed. Temporary access to residences will be provided throughout the construction period and motorists can also use the service roads as well as the alternative routes.

The second phase of the project, the commencing dates of which are still to be announced, will include the upgrade of three more streets, namely Al Ameen Street, Al Rawdha Street, and Al Thumama Street. The entire work in the area would be over by the middle of next year.

The Mathar Qadhaeem area is expected to be benefited further as a new traffic signal is being installed at the point where Mathar Qadheem street joins the Najma Street, about 1km south of The Mall signal. The work, it is understood,would begin in the area after the completion of the work between Gulf Cinema and The Mall signals towards the end of July.