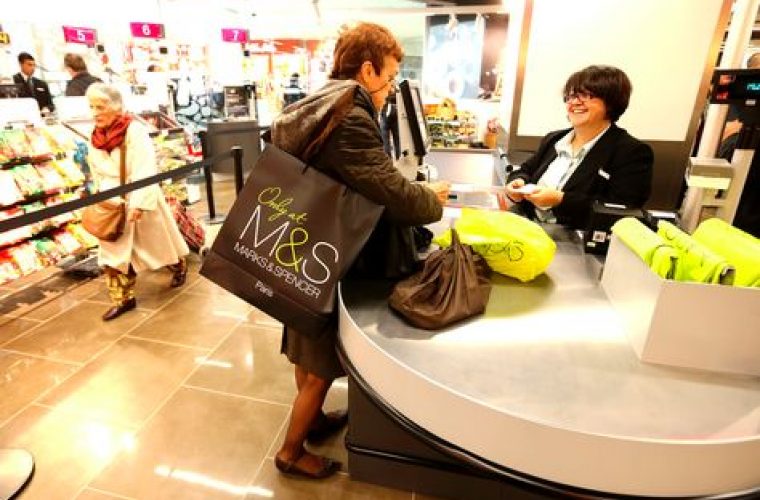 British supermarket chain Marks and Spencer has backtracked on its decision to allow Muslim staff permission to refuse to serve customers buying alcohol or pork products on the grounds of their religious beliefs and has apologised following an online backlash from customers, according to a report by The Telegraph newspaper. The issue came to light in a report last week when a Muslim shop assistant asked a customer who was buying alcohol for Christmas at a London branch to wait until a non-Muslim staff member was available to serve them. Marks & Spencer subsequently issued a statement saying Muslim staff could refuse to serve customers who had alcohol or pork products among their purchases, which resulted in a massive online backlash from customers. “Marks and spencers have lost my custom this year and forever. ridiculous company run by jobsworths hope the retail sales this xmas at marks and spencers are bad,” one Facebook user said. “We have boycotted M&S today over their policy and did our £400 Christmas food and drink shop at Tesco (instead of M&S) at 06.00 this morning,” another added. A Facebook page named ‘Boycott Marks and Spencer’ was also set up by customers who accused the chain of creating “division and hatred within our communities”. In light of the reaction, Marks and Spencer has now apologised for the move and said Muslim staff who declined to serve customers pork or alcohol would instead be reassigned to other sectors. “Where we have an employee whose religious beliefs restrict food or drink they can handle, we work closely with our member of staff to place them in suitable role, such as in our clothing department or bakery in foods. We regret that in the case highlighted today we were not following our own internal policy,” Marks and Spencer said in a statement to The Telegraph. The newspaper investigation revealed rival Sainsbury’s, which is 25.9 percent owned by Qatar, said its policy was that while Muslim staff did not drink alcohol or eat pork, there was no reason why they could not handle it as part of their job, the report said. “If a [religious] belief involves not eating or drinking something in particular, they can still handle the food or drink as part of their job,” a Sainsbury’s source was quoted as saying. Tesco, the UK’s largest shopping chain, said it would consider each case on merit but said it “made no sense” to hire staff who would refuse to carry out certain tasks which it considered part of the job description. Asda said it did not ask Muslim staff to work on its cash registers if they had an issue with handling certain products, while Morrisons reportedly said it would “respect and work around anyone’s wishes not to handle specific products for religious or cultural reasons”. http://www.arabianbusiness.com/m-s-backtracks-on-muslims-handling-alcohol-pork-policy-after-backlash-532296.html