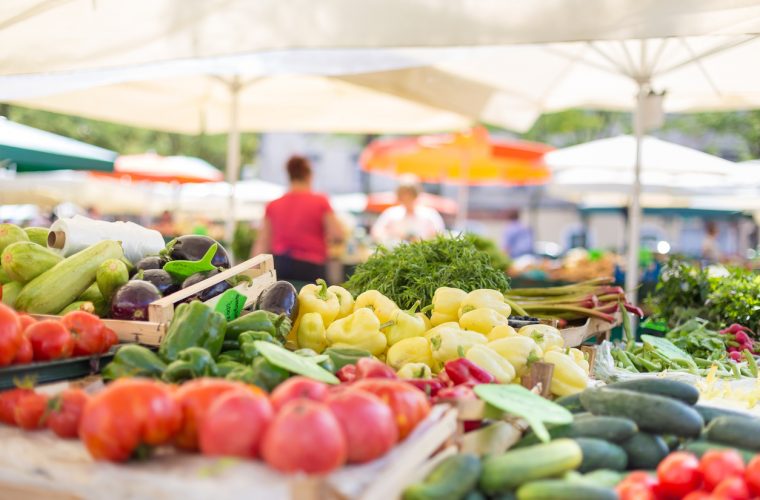 Local green houses are pumping over a dozen varieties of fresh vegetable, herb and leaves in large quantities at very attractive prices to the Central Market at Abu Hamour.

“The production of open farms stopped due to scorching heat in the summer but our greenhouse is still producing in large quantity," he added.

"We have a big greenhouse and bring about a truck of vegetables to the central market on daily basis apart from those being supplied to some major shopping outlets,” he added.

Regarding the prices of vegetables at retail vegetable market for local produce at the Central Market, Othman said: “Prices of the vegetables we offer are cheaper compared to those in other local markets. We sell three pieces of leafy vegetables at QR5 when you might get one piece at QR5 at other places like supermarkets and grocery shops. Vegetables available at the yard of imported products are also expensive from our products."

To encourage the farmers and promote the local products, all vegetables showcased at the retail vegetables’ market are from local farms.

A box of coriander leaf comprising about 8 bunches was selling at QR20 yesterday. A box of 10kg cauliflower was available at QR45. A 5kg box of Pakistani mango was selling at QR50. The central market witnessed huge crowd yesterday. Many turned up much before the yard for exported products opened at 10pm.

"Prices of vegetables are reasonable at the retail market for local products," said a consumer, Abu Ahmad from Pakistan.

"I did not see any rise in the prices of vegetables especially the leafy vegetables. They are available at the same prices that it used to be in winter — at QR2 for a bunch, two pieces for QR3 and three pieces at QR5," he added.

Prices of imported fruits and vegetables increased slightly but still low compared to the other places in the local markets, said Abu Ahmad.

The working timing of Central Market was changed in the holy month of Ramadan. “The retail market remains open from 7:30 pm to 12 noon, however, the yard for trading imported items is opening from 10pm to 12noon for retail customers,” said a vendor. (Source)