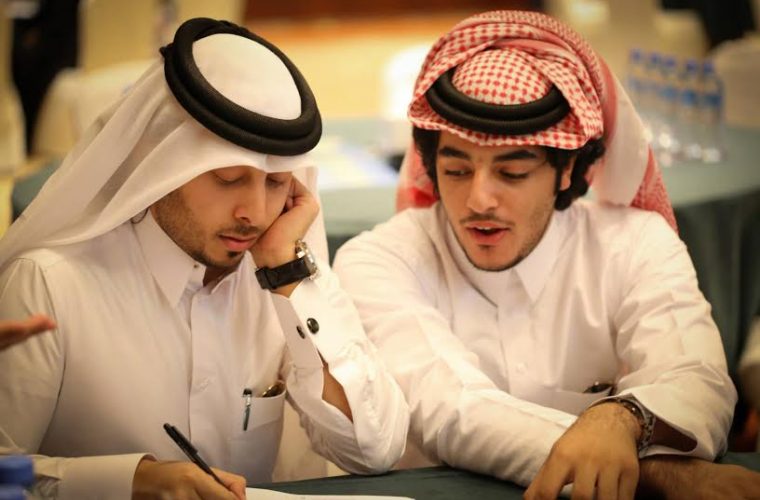 INJAZ Qatar, a non-profit organization and member of Junior Achievement (JA) Worldwide, continues the successful Business Leaders’ Campaign (BLC) with over 500 students. The program, which is delivered by local business leaders from a diverse range of sectors, opened in the beginning of the Academic Year and is currently rolling out across local independent and private schools until the end of the year.

This year’s first BLC was hosted by Vice Chairperson of Nasser Bin Khaled Holding and INJAZ Qatar’s Chairperson, Sheikha Hanadi Bint Nasser Al Thani at the American School of Doha. In an inspirational speech to students, Sheikha Hanadi shared her experience as a successful business leader. Students asked questions about her aspirations when she was a student, seeking advice on how to begin their own professional journeys.

“I believe it is our duty to invest in the youth of Qatar, inspire them through our personal experiences and allow them to flourish as successful entrepreneurs. It is important that we encourage students throughout their journey, allowing them to make mistakes and learn from them in order to shape their own success,” said Sheikha Hanadi Bint Nasser Al Thani. “We are proud that many of INJAZ Qatar’s supporters have engaged with local schools to share their experiences as business leaders,” she added.

BLC provides a platform for senior level executives to engage with secondary schools, allowing them to share their professional journeys and success stories. The campaign also equips students with valuable life and career skills and inspires them to achieve professional success.

INJAZ Qatar Executive Director Aysha Al Mudahka commented, “After the success of last year’s campaign we are excited to announce a high profile series of professional and government-level participants for 2014. The initiative aims to inspire and motivate Qatar’s youth by giving them the opportunity to engage with aspirational role models. At INJAZ Qatar, it is our mission to channel mentorship by Qatar’s business leaders to help inspire an entrepreneurial culture and help foster business innovation among Qatar’s youth.”