Local basketball veterans prove age is no barrier to success 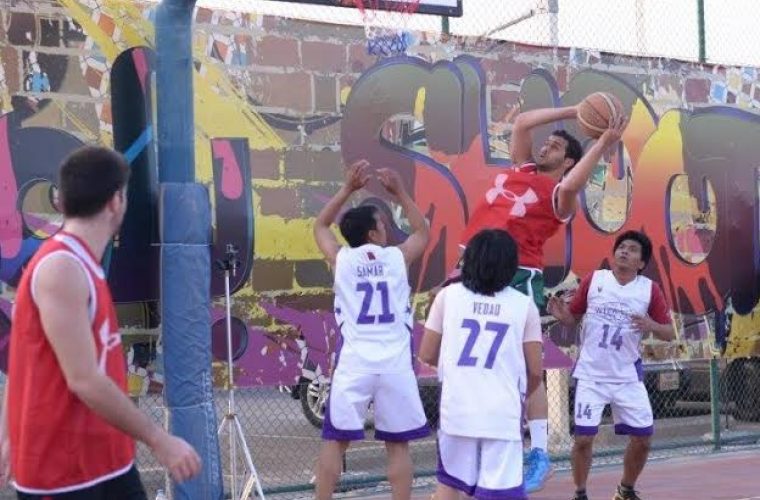 Aspire Logistics’ third annual three-on-three street basketball competition, Doha Jam, took place on Saturday. Local teams ‘The Heat’ and ‘Amurrica’ battled it out in a nail-biting final that saw ‘Amurrica’ prevail by the narrowest of margins, pipping their opponents to an 8-7 victory.

George Mandely, captain of ‘Amurrica’, said, “The final game between us and ‘The Heat’ was tough. We know them very well, we play with them regularly. I really like this tournament because each year the competition gets tougher as the teams participating improve.”

Qatari team ‘Al Shaqab’ claimed third place in the competition. Team captain and former professional Rashid Al-Abdullaplayed for 21 years with Al Rayyan Sports Club. During his illustrious career, he won over 25 titles with the Qatari club. He said, “We are happy we came third. Our experience helped us out on the court, but our fitness let us down and we struggled with the back-to-back games.”

Teammate Marzouq Al-Mohannadi, known as ‘The Jordan of Asia’, was voted ‘Best Player in the GCC’ in 2003 and nominated for the ‘Best Player in Asia’ in 2001. “It’s good to have a competition like this in Qatar,” he said. “The street basketball game was only recently introduced here, and the fact that 16 teams competed today at a very high level is very positive. I hope more Qatari teams will enter this tournament in the future.”

At the end of the afternoon, the most valuable player was presented with a trophy. The award went to Scott Hettermann from ‘Amurrica’ for his stellar all-round performance on the court. Additionally, the winner of a social media competition, which saw entrants attempt to identify the signature of a famous basketball player, was announced. The winner, Camela Cabang, was awarded a basketball signed by ShaquilleO'Neal.

And, it wasn’t just the competing teams who were in the thick of the action, with audience members invited to participate in a half-time ‘free throw’ contest. Cheered on by an enthusiastic crowd, Racky Bauit from the Philippines eventually managed to net the ball, winning vouchers and a signed photograph of former US professional basketball player, Alonzo Mourning.

Aspire Logistics, a member-organization of Aspire Zone Foundation, is always looking to host new and interactive events to allow members of Qatar’s community to challenge themselves. Past events include Qatar’s Strongest Man, Khalifa International Stadium Run Around and the Aquathon.