Lekhwiya Qatar: How it protects the country and its people 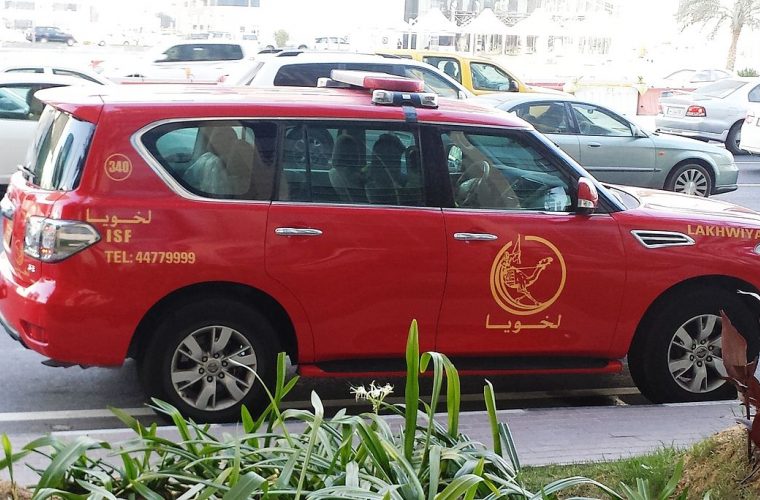 As you cruise down the streets of Doha, many a time you must have passed a bright red land cruiser with yellow trimmings and the word 'Lekhwiya' printed on its side in English and Arabic parked at the side of the road or near traffic lights in strategic locations around the country. And, to be honest, I have always been quite in awe of these huge red cars and also a little nervous when I pass them. For the longest time, I wondered exactly what they did as I didn’t often see them with blazing lights racing through the country’s streets like some of the other police vehicles I have seen around Doha. That’s when I thought I needed to do some research on Qatar’s internal security force called Lekhwiya to determine what they did and what their responsibility was. This is what I learned:

Lekhwiya is an Arabic word which is derived from the Qatari word of ‘khoi’ which means brother. The word was used by the Qatari people for the tribesmen who stayed close to the ruler. It was the duty of these tribesmen to collect tax from the public, maintain security and the integrity of the society, keep law and order of the area, and also to ensure the country was being driven by the love of god, patriotism and love for the ruler.

The Lekhwiya security force was established in accordance with Law No.12 of 2004 under the leadership of the His Highness Sheikh Hamad bin Khalifa Al Thani who led the country before his son His Highness The Amir Sheikh Tamim bin Hamad Al Thani took over. Lekhwiya is directly connected to the Amir.

Lekhwiya’s believes in the highest degree of fairness and integrity and its vision is to keep Qatar secure, stable and a peaceful country. It strives to ensure every individual and the society in general are safe so the country can progress and prosper economically, culturally and socially.

Lekhwiya’s first and foremost mission is to maintain stability and security in Qatar and ensure Qatar and its people remain safe so the country can move forward.

Lekhwiya’s values are to work transparently and sincerely to ensure the highest degree of justice and fairmindedness in maintaining the welfare and the rights of the people in Qatar – local and expats – with mutual respect and responsibly without being authoritarian in its actions.

The responsibilities of the Lekhwiya include, but are not limited to:

Lekhwiya also has a mobile hospital which is unique in the region and was designed specially to meet the demands of the internal security force. It has a capacity for eight people and is used for emergency cases and when Lekhwiya participates in international humanitarian aid causes like the UN Peacekeeping mission in Lebanon (UNIFIL)

The mobile hospital is equipped with a qualified medical team, an operation room that can deal with urgent and minor surgeries, a laboratory for medical investigations and a pharmacy. It also contains a mobile x-ray machine, defibrillator, ECG ultrasound machine, seven blood pressure devices and four suction devices.

Lekhwiya cadres have to undergo rigorous training programmes to ensure they are skilled and capable enough to handle and tackle security challenges in line with the latest developments in the world. These include specialised trainings, drills and workshops along with compulsory and dedicated courses related to skill development in the fields of security, administration and medical.

The purpose of these training programmes is to:

In addition to safeguarding the country and protecting its sovereignty, Lekhwiya is committed towards protecting the locals and expats so they can live nd work in a safe and secure environment.

Just recently, Lekhwiya developed innovative devices like the smart jacket to protect construction workers while they work in different projects all over Qatar. The smart jacket has a helmet cooling system which will keep the worker cool. There is also a chip in it which will indicate the condition of the worker if he is exposed to excessive stress, abnormal breathing or an increased heart rate and can be tracked by the control room so medical help can be administered immediately. The smart jacket is solar powered and includes voice dialing.

Apart from the smart jacket, Lekhwiya has also designed (to be developed by a Chinese company) a successful array of state-of-the-art security devices that contribute to the overall security of the country and ensure everyone feels safe and secure within its borders. These include a cross-sectional scanning device, intelligent eye sensor, automatic explosive and drug detection device and an intelligent security fence.

Where have you mostly seen the Lehwiya cars? Did you know what their purpose was? Is their presence a comfort to you? Do let us know in our Comments section. Like and share the article - it keeps us going.