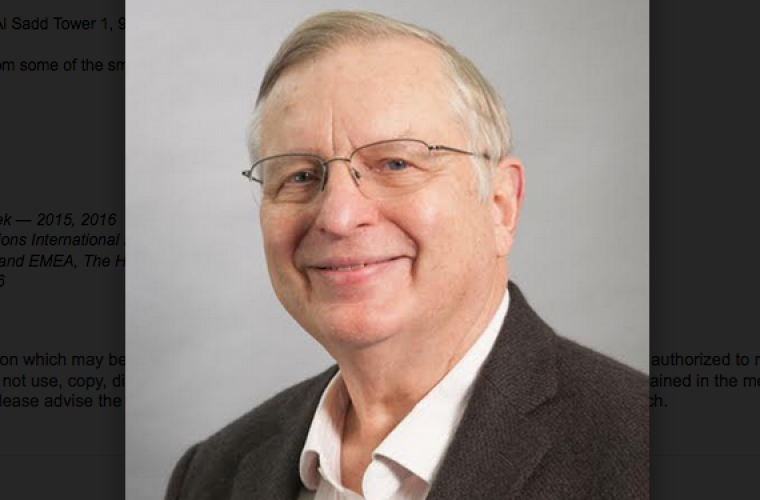 Professor Winston’s public talk, “The Future of AI: Where we are, how we got there and where we are going”, will be held on Monday, March 27 at the Qatar National Convention Centre.

It is the highlight of an annual meeting in Qatar between MIT CSAIL and Hamad bin Khalifa University’s Qatar Computing Research Institute (QCRI).

Dr. Ahmed Elmagarmid, Executive Director of QCRI, described Professor Winston as “one of the finest experts in artificial intelligence,” and urged Qatar residents to hear him speak.

“This is a critical time in the development of AI, which has seen a resurgence as advanced AI techniques like deep neural networks, big data and powerful computing hardware are poised to transform society in a way not seen since the industrial revolution,” Dr Elmagarmid said.

“Professor Winston has been witness to the evolution of AI, having led MIT's AI Lab from 1992 to 1997 and is an author of several books on AI, computer vision, and computer programming."

To attend this event, please RSVP at qcri.org.qa