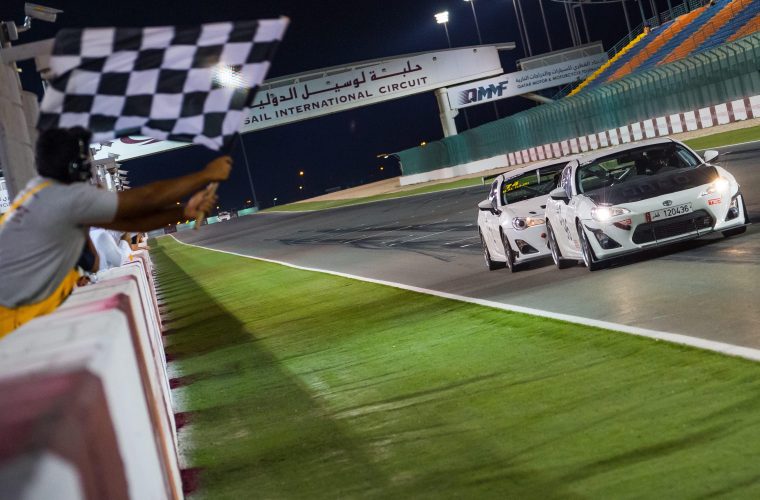 The fifth round round of Qatar Superstock 600 will take place on the 5th & 6th May at Losail International Circuit and the event will be at night time.

After the results in the last round, where Saeed Al Sulaiti and Mishal Al Naimi crashed in the last race, Al Sulaiti is now leading the championship only by 5 points ahead of Al Naimi and this round will be crucial for both riders to try to get as much points.

‘I am looking forward to the next round and try to extend the lead by winning both races of this round. I am recovering from the injury of last race as I have a fracture in my ankle but I raced in the last track day and I felt good so it will not stop me for fighting for a win. Many thanks for Ooredoo to sponsor me and to QMMF and Losail Circuit Sports Club for their continuous support’ said Al Sulaiti.

Al Naimi is riding a new bike for the last two remaining rounds as the previous one was completely damaged in the crash of the last round.

‘I am ready for the last two rounds of the championship. I am now testing a new bike as the other bike was broken due to my crash so I am now trying to set it up and be ready for this weekend. I have just come from Bahrain where I won for second time the Bahrain Superbike Championship. A big thanks to my sponsor Ooredoo and to all the people that work hard to help me to achieve this result and now I am 100% focused on winning the title of the Qatar Superstok 600’ Al Naimi said.

Nasser Al Malki is in third place in the championship with 137 points and Ali Al Shammari is fourth with 98 points.

The 17 years old rider Abdullah Al Qubaisi finished second in the last race of the championship and now is leading the standings in fifth place with 94 points ‘I am very happy with the results of last race as it gives me a lot of motivation for the 2 remaining rounds. In the championship, I am fifth overall and it is only 4 points-gap between me and Ali and I will try to finish ahead of the guys to get as many points as possible to finish fourth overall. Thanks to LCSC and QMMF for their continuous support’ Al Qubaisi said.

This weekend it will be also the penultimate round of the Qatar Touring Car Championship.

With more participants that joined the last races, the competition is getting stronger in every round and in the last weekend we witnessed a good fight between the leader of the championship, Abdullah Al Khelaifi and Mansour Al Hajri.

‘Last round was very exciting and the timings were very close so I expect another tough battle between me, Mansour, Saadon, and Omran for the win. In the last round, we had some accidents that made both races to be stopped short and hopefully in this round, we can have accident free races’ Al Khelaifi said.

Mansour Al Hajri is in second place in the standings ‘We have seen a great performance from all drivers in the last round and hopefully we can keep this rhythm to have a more challenging competition in the two remaining rounds’ commented Al Hajri.